|| Pandanzeia Progress! ||
My current progress on script, designs & worldbuilding for the comic!

The little spaceship has swooshed past the 50% mark!

And if you like my work, consider throwing a few bucks my way: https://ko-fi.com/emilisborealis ~

and, although this new blog of mine is currently mostly sims 4, I can pretty much guarantee it's gonna be like 90% Planet Zoo as soon as I get my hands on it lol

zoo tycoon 2 was my life as a kid lmao

Oh and I also started a second pillowfort blog for some gaming stuff;

The games you'll see here is the sims 4, and once it comes out a tonne of Planet Zoo!

Do check out the links in these toots as I'm only sharing a small portion of it here!

Sorry I haven't posted here in like forever, I've kinda settled in at pillowfort (I'm EmilisBorealis there!) lately and so that's where I'm active now!

That said, I'll give you a quick & dirty roundup;

- I've got a new website & a new domain! It's emilisborealis.art!

The Sims 4 is free on Origin at moment, grab it!

Build houses! Woohoo your neighbor! Have a divorce! Adopt a child! Drown your friends in a pool!

Only your imagination sets the limit! 🌞

"Born on a starnaval ship to a spacer, she's never been more than a stone's throw away from a space dock and like a fish in the sea she belonged to the Star Navy. An energetic and excitable girl with a fascination with the world, the universe and pretty much everything."

The tenlan has gotten some new tactile/semi-gill tentacle organs + some shimmery skin texture.
The cotrs has had some floof upgrades, or well, mostly the women have, and they also has some subtler paw pads and dew claws now. 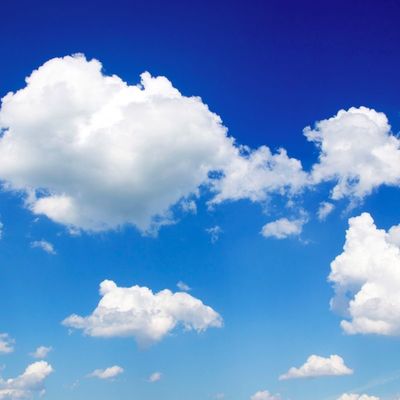 Alexandria Ocasio-Cortez posted these on Instagram from her trip to Puerto Rico. It’s tragic that Puerto Rican’s have basically been abandoned by the US government but It sounds like there are so many #solarpunk things going on there, a lot to learn from definitely

Monbiot cautions: “We don’t want natural climate solutions to be used as a substitute for the rapid and comprehensive decarbonization of our economies. The science tells us both are needed.”

“But,” he continues, “what this thrilling field of study shows is that protecting and rewilding the world’s living systems is not just an aesthetically pleasing thing to do. It is an essential survival strategy.”

The bottom line? We’re inching closer toward an uninhabitable planet of our own making — even faster than once thought. To get ourselves back on track, we need to continue curbing our emissions to avoid making the problem worse. At the same time, we’ll need to remove a trillion tons of CO2 from the atmosphere, says Peter Fiekowsky, Founder of the Foundation for Climate Restoration.

The breakthrough that could actually reverse climate change https://grist.org/sponsored/the-breakthrough-that-could-actually-reverse-climate-change/

On disability and unintended, dehumanizing ableism behind some common compliments and advice.

Notre Dame fire,possibly + framing?,I guess this is a take but not like a TAKE take

I've seen a few things like "this is the end" or "this was 600 years old and now it's gone" or stuff,
and,
like. Notre Dame was built 600 years ago, yes, but it was and has been redone and changed and reworked almost constantly since then.
Most of the statues are from the 1800s. The spire which just burned down -- although there had been A spire at its construction -- was from the 1900s. Many of the iconic windows have been reconstructed twice over now -- at least once because of fire, even.
Notre Dame is a LIVING BUILDING, and it will be rebuilt and restored -- and redone, slightly, because things change.

This isn't the end of it's 600 year history. It's just another page.

You don't need give disclaimers about your opinions on Catholicism to express sadness at the extensive damage to a world famous piece of heritage and culture.

You also don't need to be an asshole, so if you have nothing good to say on the matter, you should consider remaining silent.

Everyone's sharing the close-up image of the black hole itself, which is neat, but here is a zoomed-out view of the gigantic mass of space-stuff that it is busily consuming: http://chandra.harvard.edu/blog/node/719

And here's also pencils for this one lewd drawing :B