I can't wait until I can begin removing OStatus-related code from Mastodon. I think GNU social is the last remaining fediverse project that hasn't yet switched to ActivityPub? #mastodev 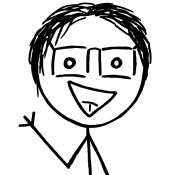 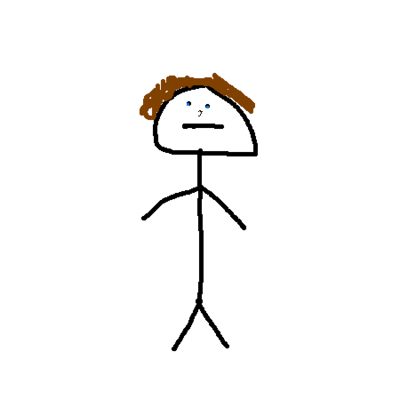 @Gargron at some point dropping OStatus, even if not every single project has moved on to ActivityPub yet, should be considered simply because of the fragmentation they add to the fediverse, which is not much better than the threat of proprietary services~

@kevat @Gargron there are people who have invested huge amounts of time in what has unfortunately turned out to be a cul-de-sac.

IMO we should honor the immense amount of work people have put in for their community and humbly ask that they join us. 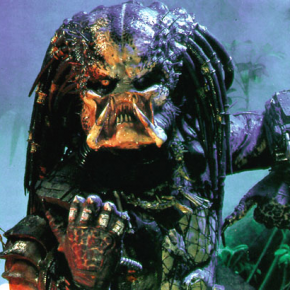 @maryjane @kevat Hubzilla is on ActivityPub and Diaspora will probably never be, but Diaspora was never OStatus either.

@maryjane @kevat OStatus never moved past a draft stage of standartization. It is completely devoid of any privacy mechanisms. It has no advantages over ActivityPub. Why not still keep it? Because we want cleaner code in Mastodon. Less code to maintain and ensure quality & safety of.

@maryjane @kevat Mastodon is not a multi-protocol application. The only reason OStatus is in there is because we started with OStatus, then switched to the much better ActivityPub, and haven't removed OStatus yet.

@Gargron @kevat
At least from a technical point of view.

@maryjane @kevat A whole year ago there was talks about GNU social upgrading to ActivityPub. I have not heard anything about it since, but there is a limit to how long you can wait, right? Most of the fediverse has moved on.

@Gargron @maryjane exactly my point, it shouldn't be mastodons (or any other ActivityPub using project) burden to support obsolete standards just so some technological niches, who purposefully self-segregate by refusing to accept standards, don't feel left out.

@maryjane @Gargron @kevat Pretty much every code base is improved by removing things. Every non-trivial code vase is already too big to fully understand, and removing things makes this problem less severe. This leads to better development and fewer accidents. 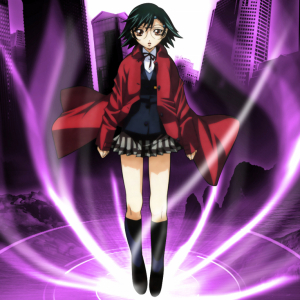 The Diaspora Network (a.k.a. The Federation) has a plan to add ActivityPub support. When it started 6-7 years ago, it had OStatus support. They decided to drop it because it was a P.I.T.A. t maintain and taking away their time from their own "diaspora protocol" (don't confuse it with the software, there are other software connected to the Diaspora Network/Protocol).

The only one left still using the obsolete OStatus protocol is GNU Social. OStatus was developed mainly by the main develop behind GNU Social a.k.a. StatusNet, Laconica, Chris Evans. He left and started Pump.io. While developing Pump.io, the beginnings of ActivityPub formed. He left Pump.io to concentrate on ActivityPub.

Believe it or not, Pump.io did not even bother to implement OStatus. They also closed/dropped the plan in favor of ActivityPub which still has zero progress.

GNU Social fans are developing an ActivityPub plugin, one is already in testing, but it is taking far too long because there simply is no interest within their community. (Like in Diaspora software side, too long, no interest, just a side-project with the least priority.)

In other words, OStatus is dead, obsolete, forget about it. It is time to move on. ActivityPub isn't perfect but everyone rallied behind it and not OStatus.

Other developers and projects and server admins are dropping OStatus support and/or plugins.

We just have to wait for Friendica to make their AP implementation stable and we're completely done with OStatus. If GNU Social wants to stay isolated, it's their choice.

@ayane
Hi, i know hubzilla is not AP, that it's zot. And AP and Ostatus support is via plugins.

When mentioned both diaspora and hubzilla, i was mentioning them as being members of the fediverse. Not reffering to whatever protocols they use.

I forgot, Pleroma also have OStatus support but I have serious doubts they'll keep it once more projects drop OStatus.

@Gargron Diaspora hasn’t yet either

@Gargron no but I consider it part of the fediverse 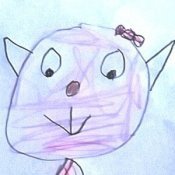 a Claes unto himself 🇸🇪🇭🇰💙💛 @clacke@libranet.de
@hankg That is not the majority view. Either way the thread is about the value of keeping OStatus support in Mastodon, and Diaspora is not a factor in that.
1+
Dec 28, 2018, 13:57

GNU Social can follow any WebSub Atom feed, so it partially supports Diaspora the software (but not Diaspora the protocol, e.g. social.home doesn't do WebSub). Mastodon never did.
0
Dec 28, 2018, 20:43

@clacke I was commenting on the second sentence not the first. Didn’t mean to derail an entire conversation so I’ll disengage now. 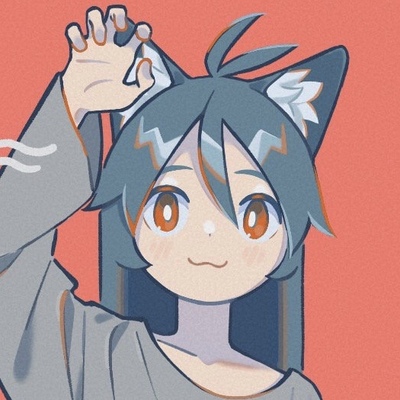 @Gargron Then some GNU social folks who think you have destroyed Fediverse because you have opened it to different groups of people would be satisfied too :D

@Gargron I think dropping #ostatus would only make sense at a point in time when:

Friendica 2018.12 is apparently a thing in development, but I have no idea if they'll manage to make the timeline.

#Socialhome also started work on implementing activitypub, but I am guessing they'll take their sweet time doing it :-).

@abbenm In the dev branch it uses both the diaspora protocol as always, and newly they also added activitypub although that implementation has not been fully completed yet, as far as I know.

@abbenm https://friendi.ca/2018/11/18/activitypub-support-in-friendica/
You see, this announcment is only from November this year, and the last as yet released version of #Friendica is 2018.09 from September.

@abbenm It could really replace #Diaspora as a decentralised Facebook with enough users once every instance deploys it with #activitypub.

@mareklach I don't quite think any of frendica, diaspora, or hubzilla have quite cracked the code in terms of friendliness/useability the way mastodon has but I'm optimistic and I think frendica has arguably done the best of the three based on my limited sampling.

@abbenm I would say so too. The thing is, when people from the outside move to the #fediverse #Mastodon seems usable as a Twitter alternative, but they inevitably ask about a FB alternative as well. I have been referring them to #diaspora, but because of an outdated UI and a serious problem with user discoverability it no longer appears viable to me. I personally don’t use #Friendica, but have interacted with people here on masto who run their own Dev instances, and it seemed OK.

@abbenm #Friendica seems to have a slightly more polished UI than #hubzilla, and some user-created themes for it that I’ve seen are relatively nice, but the default themes that come bundled with the installation aren’t very appealing to be honest. I guess this puts many potential users off, so it’s definitely sometjing the developers should focus on.

@mareklach I think you're right. Part of me just really wants to be supportive. I'm on mastodon, in part, because I want it to work (but also because the community is really great and even now I think there's a kind of magic in the air here). I want frendica/hubzilla/diaspora to work.

@mareklach getting there but not quite there.

@abbenm Well yeah, they are trying to copy FBs interface way too much and its horrible. Facebook itself never looked good to attract me on there :-) 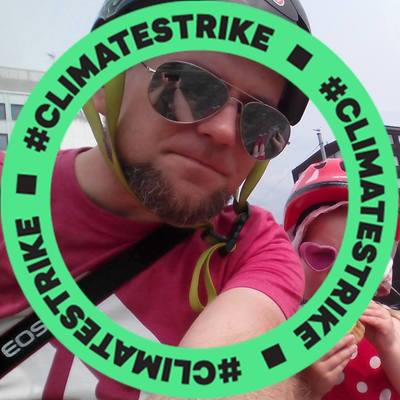 No. I meant that by removing #ostatus, we are bound to loose a few #gnusocial users, so dropping it could happen at the same time as we welcome new #activitypub users, instead of these two things happening separately?

@Gargron Technically not the last one. There is postActiv. But it doesn't plan adding AP. GNU Social right now has at least 142 online servers and at least 19k registrations. Lack of NodeInfo makes it difficult to measure active users. @dansup was one of the users who mentioned working on AP plugin. Contributions probably welcome. A web developer's definitely welcome: https://www.fsf.org/news/fsf-job-opportunity-web-developer-1 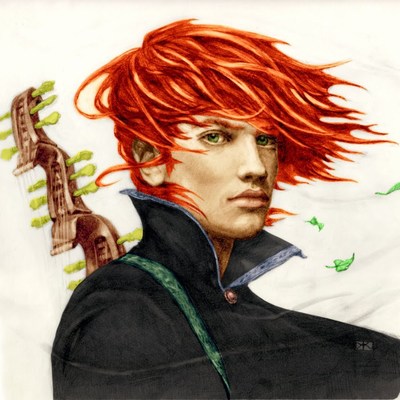 Will have to move to Pleroma, then.

Bob Jonkman @bobjonkman@gs.jonkman.ca
Making !GNUsocial work with #ActivityPub is the right thing to do, but I'm not sure that removing OStatus is. Does #Mastodon allow transport protocols to be added as plugins?
0
Sign in to participate in the conversation