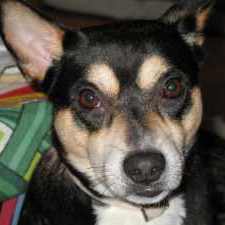 minesweeper is the only valid esport

i can't wait to experience being fully immersed in the toilet

The more Twitter, YouTube, and Facebook run into controversy, the more I think that the concept of social networks just doesn't scale well beyond roughly a few thousand people.

We are proud that our tools can serve the LGBTQ+ community, particularly in places where it is dangerous to be out.

This June and year round, the Tor Project stands in solidarity with the LGBTQ+ community.

the difference between twitter and mastodon is that on twitter people are engaging with idiots who think the Civil War was about "states' rights", whereas on mastodon we have a sophisticated debate over whether the loch ness monster has a high enough sperm count to impregnate me

i'm really cold, but if i bundle up in a blanket i'll fall asleep, and if i fall asleep at noon one more time, my transformation into a vampire will be complete and i will no longer be able to enjoy my favorite of breads, garlic bread

Anyway here's a stream of Terry Crews painting in a cozy living room with a crackling yule log
https://youtu.be/YzC52BNPIK8

how do I choose just ONE

I'm sorry, I can't hear you, Clash of the Titans is on Turner Classic Movies.

where do you find kind trans masc people to be friends w/talk to/chill w/ask about stuff w on the internet?

this is not a joke, like is there a neopets or a forum or a series of blogs or publication or twitter circle

I really recommend listening to Something like this
Through the Night - Bulgarian National Radio Symphony Orchestra- http://www.bbc.co.uk/programmes/m0000v2b if you are doing boring housework. Really makes you feel like you're in a movie.

Your friendly neighborhood MastoMom here reminding you all to get your flu shots now, so that they have time to reach full efficacy before prime flu season.

Spaghetti-Os, an operating system for spaghetti

I'D LIKE TO ADD YOU TO MY PROFESSIONAL NETWORK ON LINKEDIN

RT @senthorun@twitter.com: Heterosexuality must be so fragile if kids are ‘indoctrinated’ into ‘gay lifestyles’ by just seeing gay people kiss in public. I’m very glad homosexuality is far more resilient. As a kid, I endured years of seeing straight people kiss (on TV, in public, etc) and still stayed gay!