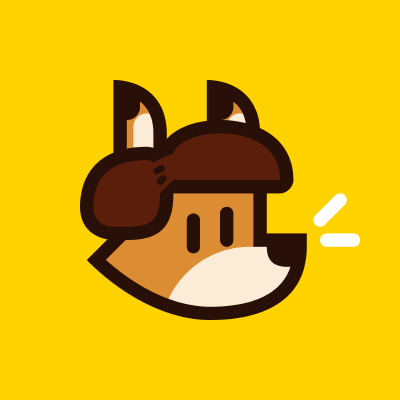 Hey, I'm Lollie! Audio/visual artist, I fiddle with games and dabble in a lot of things. Fussy. 💪🦊✨

It's taken me a million years to get around to it, but I'm finally playing with NESmaker. Extremely early days, got this idiot walking into the abyss. 🦊 #nes #gamedev

Don't worry, new shirts that were purchased on a whim because they were on sale for $5, I'm sure he says that to *all* the boys. #art #doodle

They are, holy shit. Looks like the Japanese and English versions will coexist.
https://www.konami.com/games/pcemini/

This unfortunately means that Snatcher will be entirely in Japanese, buuuut it only takes so long for hackers to crack these systems wide open.

Wait, are both the JP and NA/EU lineups going to be in all versions of the console? I'm only just now realizing. That's fucking wild if so.

God I cannot believe Snatcher is in the JP PC Engine lineup. I'm surprised Konami would give it any sort of recognition today after all their shit with Kojima.

Konami has announced the game line-up for their upcoming PC Engine/TurboGrafx-16 mini consoles, featuring some extremely flashy title animations for many games. This is a delicious bit of motion graphics animation work, even if you're not familiar with the consoles or games.

Tiny vector study, seeing just how closely I could translate an old bit of sprite work into (mostly) geometric vector art. I've been meaning to do this for ages. 🦊 #vector #pixelart

With news of AKIRA receiving a brand new expanded adaptation, today is a very good day to revisit AWAKEN AKIRA, an incredible homage to the 1988 film, by Ashthorp and Zaoeyo.

Epilepsy warning on the opening and closing shots, flashing images and quick cuts.

'The plot takes place in the near future on a space colony under construction, and it’s an action-adventure story of some boys in this peculiar environment and society who keep living their lives while they’re being tossed about by fate.

“The real in the mankind’s future” will be depicted through a perspective of those boys.'

Tri-annual reminder that you should listen to Dorian Concept's album, "The Nature of Imitation". It was my favorite album of 2018, hands-down. #rec
https://dorianconcept.bandcamp.com/album/the-nature-of-imitation-1

This is from 2017. The original was DMCA'd from Twitter by IFPI due to the use of the Baywatch theme, lol. Posting it here for posterity!

Reposting an old classic from Twitter, back when I was toying with JRPG things. Forever and always, he's always here. 🏖🦁🎶 #lowpoly

Saw a cool shading technique employed as a visual effect, had to see how quickly I could emulate it.

Answer: About 5 minutes for the basic effect w/ After Effects & Trapcode Form, lol. Spent another 20 mins playing with variations.

"Koopa Kingdom has taken the town! Blast a path through this suburban jungle."

This is a LOT to take in, lol. What the fuck.

Hey, I'm Lollie! Audio/visual artist, I fiddle with games and dabble in a lot of things. Fussy. 💪🦊✨