#UbuntuTouch dev and Member of the Board at the @ubports Foundation. #FCKNZS. Opinions mine.

Thank you so much to the awesome people at @OpenInfraOrbit for organizing! You made speaking really comfortable :)

while you were returning to the office, i have been studying the blade 🤺

linus is not having it today https://lore.kernel.org/ksummit/CAHk-=wiB6FJknDC5PMfpkg4gZrbSuC3d391VyReM4Wb0+JYXXA@mail.gmail.com/ 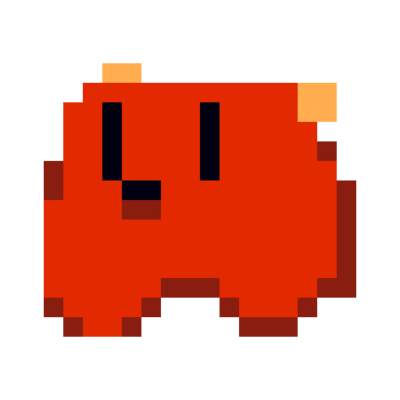 The EU should stop blocking the proposed patent waiver on Covid vaccines.
https://noprofitonpandemic.eu

how it started how it's going

I'm not always aware of how German I am. But I just typed the word "Rundfunkbeitragskontonummer", so that's how that's going.

Clean up the web!

Developers, it’s time for you to choose a side: will you help rid the web of privacy-invading tracking or be complicit in it?

You have to admire documentation writers that take the time to explain the basics.

"You want to know how to use the software? Ok, but first, let me tell you about the universe, where it all came from, and how it will eventually end. Then we'll talk about where all the buttons are."

Hopefully the @fsfe will take a long hard look at the situation and come to the correct conclusion. The impactful work they are doing in Europe with campaigns like publiccode.eu is not worth putting in jeopardy over their American sister org's inability to evolve. cc @kirschner @mk@gnusocial.ch

I know it's unlikely that they will fully emancipate themselves ideologically from Stallman and the FSF, but... i can dream, Harold!

We long passed the beginning of the end of the FSF's position at the forefront of the #FOSS movement, but this is the final nail in the coffin. They would rather sink into insignificance than give up one guy who spent decades abusing women. #Uninstallman

So it looks like the #FSF is now officially committing to just being the extended hand of #RMS. An opportunity for change has been missed.

Confirmed: the FSF's sole purpose is to serve as RMS's amplifier.

Taken as is, this is a complete slap to anyone who directed the FSF in RMS's absence. If the organization is so rudderless as to be cast adrift without one man then the bus-factor of that organization is too great for long-term survival.

Reading about Nano on Wikipedia and chuckling.

"On 9 February 2018, the Italian cryptocurrency exchange BitGrail announced its shutdown after being hacked"

"In January 2019, the Court of Florence found Firano liable for the losses after discovering that the exchange had failed to implement any meaningful safeguards to ensure the safety of their customers' funds"

And exactly how viable is your "currency" if you need exchanges to do anything?

But then we get to the substance...

"Consensus is reached through an algorithm similar to proof of stake named Open Representative Voting (ORV). In this system, the voting weight is distributed to accounts based on the amount of NANO they hold"

Rich people get more votes. Because they're rich. Who could have predicted this!

"In the event that two contradictory transactions are broadcast to the network (as in a double spend attempt), nodes vote for one of them and broadcast their vote to the other nodes. The first transaction to reach 51% of the total voting weight..."

So there's a problem right there, in that there is an incentive for the richest people to engage in double spending and then "vote" in support of their double spend. The vote is stacked in their favor.

#UbuntuTouch dev and Member of the Board at the @ubports Foundation. #FCKNZS. Opinions mine.