Here is a template in PDF format of the Mastodon Paper-Toy.
You will need scissors, glue and a cutter. It may take a bit of patience as well ^^

Almost as legendary as the white elephant, here is the white Mastodon !

It will be safe from the wicked hunters, on the welcoming grounds of your tiny desk.

1) serve yourself a glass of fresh water
2) if you have a lemon, squeeze a few drops into the water
3) turn in the direction of a natural element: tree, flowers, sky. if none of this is accessible, consider relocating (or simply close your eyes and use your imagination).
4) give a toast to Nature.
5) enjoy. pause. repeat until you, your soul, are well rehydrated.

Chromium on Linux is listening through your mic, get rid of that garbage straight away: https://news.softpedia.com/news/google-s-chromium-on-debian-is-listening-in-on-your-conversations-484914.shtml

It strikes me that it shouldn't be possible on any modern OS to access the microphone or camera without a notification, an explicit allowance, and a logfile generated somewhere.

I wrote a book. It's a light-hearted, fast-paced fantasy about ... necromancers? *checks notes* Yep, that's it. Light-hearted necromancer story.

It would be cool if you wanted to take a look. Or share this toot. Or both!

MEN ARE ALLOWED TO WEAR MAKE UP AND NOT BE MADE FUN OF FOR IT.

"Where is my mind, the Pixies, covered by Mael Isaac on april 2020 during containment (harp & voice)"

"Open a new window somewhere in the world" 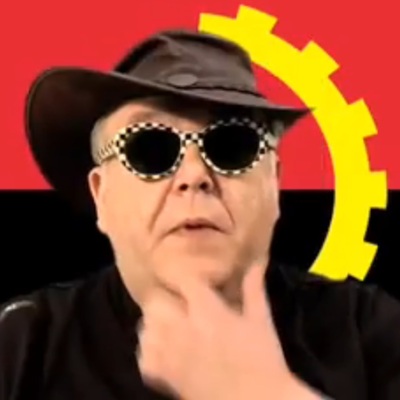 The best story you will ever read about Roger Moore.

"Industrial-sized pig and chicken farming continuing to rise in UK"

How is it going in your country ?
How cheap do you like your meat ?

It looks like we'll all have to buy and wear hawaiian shirts, if we dont want to give them up to the extremists.

Read this article from the NY Times : "What Do You Do When Extremism Comes for the Hawaiian Shirt?"

"“One way to recapture the Hawaiian shirt is to come out in masses against them and remove all credibility and meaning,” he said. “Overwhelm them.”"

"They say it's the oldest and most powerful being in the entire Galaxy!" he looked up at the glimmering spaceship in awe.

"I can't believe it's finally revealing itself to us," she said excitedly.

“Such an honour. Some societies still worship it as a god."

All around, a hushed silence descended as a door began to open in the spaceship's side.

https://radio.eldritch.cafe — A webradio powered by music posted on Mastodon

For real if you’re ever cooking something and not sure how best to handle a substitution or alteration, feel free to @ me. Not to brag but I’m really good at that shit