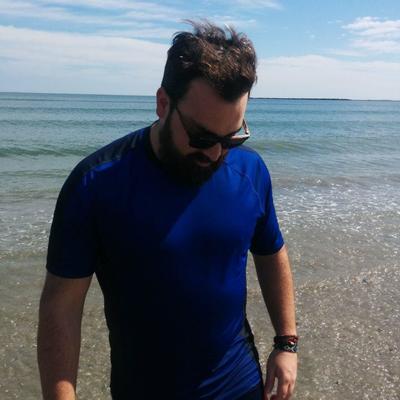 The NYT's @BariWeiss falsely denies her years of attacks on the academic freedom of Arab scholars who criticize Israel https://interc.pt/2oSCnNc by @ggreenwald

This #DSA article that is reflective and also self critical about the individualism that is the reason for a lot of its growth recently is very good. http://www.dsausa.org/overcoming_individualism

"it means our growth is more inclined to follow the flows of the capitalist system we’re working within, expanding through the cultural networks that treat politics as a kind of identity to be consumed through social media and training courses."

what are the foundational tomes of the Boomer Mythology? We Didn't Start the Fire? Forrest Gump?

I'd rather ban Theresa May

In a move straight out of Erdoğan's playbook, Theresa May deploys military for domestic policing in UK amid general election.

I'm still pissed about how accepted surveillance capitalism is. In Germany there is this "payback" system where you identify at the checkout in shops and collect points you can turn into free shit. I'm still saying no every time the cashier asks me if I'm interested. I don't want anyone to datamine my shopping habits.

What is the best way to run linux on a macbook pro? VM or bootcamp? Is there an opensource/GNU VM that runs on MacOS?

What is the best way to run linux on a macbook pro? VM or bootcamp? Is there an opensource/GNU VM that runs on MacOS?

The United States is facing one of its most anti-science Congresses in history.

My favorite thing so far about .social is that I get to practice my extremely remedial french because 1/4 of the users write in french. C'est bien!

Any Democratic Socialist of America members in here? #DSA

@Gargron obviously I was able to find this Mastondon instance/federation, but is there a list of federations? How can users find communities suited to our interests?

@quincy I'm not actually planning on abandoning twitter any time soon -- it would just be awesome if mastodon could become as popular and twitter could become phased out.

The internet is better when it's decentralized. Twitter is a large, centralized company based in the United States that meticulously tracks everything that happens on its platform, is full of ads, does behavioral tracking for ads, is a central point of failure for censorship, and users have no control over its direction.