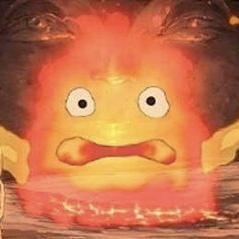 First, “grocer” was “one who sold things by the gross (in large quantities)”—basically a wholesaler. Then the things they sold became known as “grocery”

Since much of what was sold was foods and spices, “grocery” drifted to mainly mean “foods”. And the people who sold foods, even though it was mostly in quantities for personal use, were the purveyors of grocery, so… “grocers”

This reinforced itself in US English, so that the stuff you buy at a grocer was called “groceries”. And then the place you buy them—a store of groceries—becomes a “grocery store” (regional; some places use “market”)

What a lovely little tornado!

Why build this blog – or anything – on IPFS? - http://teetotality.blog/posts/why-ipfs/

Definitely need a Calvin and Hobbes thread here on @Mastodon Please oblige someone.

Feel free to use cross-posting in a way that helps Mastodon grow, i.e. copying posts from Mastodon to Twitter, but please avoid doing it the other way around, see our rules on that matter:

Thank you for understanding!

People who like graphs, here is the recent spike of activity thanks to India discovering Mastodon in the context of the last 6 months of mastodon.social