When white people say "where does it stop?" to reparations, that's because they're beginning to comprehend the sheer extent of what they should give back. That's the sound of their head spinning at the sheer enormity of what they have committed

This will be my first time seeing this game! Come check it out with me, comrades?

I know, because my abuser reached out and talked to family of someone I know.

Apparently harassment campaigns are fine, just as long as you don't name people, especially the wrong people. But they get to get away with all sorts of harassment by vaguetooting about others. They've done it about me and people I know.

How many more people who believe me will they have to silence?

I just came out publicly with the truth they want to hide.

Social control doesn't work on someone who has been used to being a lone wolf.

I built this, please clap 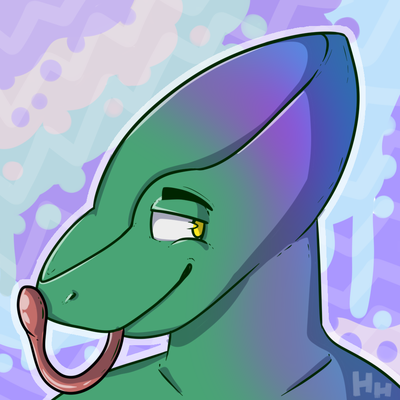 The name "exclamation point" is ludicrous. It's the sort of view that leaves one speechless.

Not only that, so is Valerie, whose only crime was to speak up for me and say that it sounded like they were trying to control information about me.

I seem to be completely locked out of my awoo.space account. Weird that. 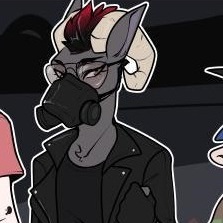 I know who my family is.

If you side with my abuser over me and her many victims, I have no reason to trust in you whatsoever.

And honestly, if a bunch of people leave my life that would overlook the harm done to the abused, done to those used for the sexual gratification of someone wealthy, that get uprooted from where they live, transportation stripped, and put into increasing situations of instability, while their boundaries keep getting crossed and "domming" becomes outright physical abuse in the stories of MANY people, not just me:

Please. Leave my life. Refuse to talk to me. I'm BETTER OFF.

All those people telling you to stay away from me:

I'm radioactive. It comes from being a trauma survivor that's got a story to tell that undermines people's friends-with-benefits networks.

I have seen Vedia at her worst, the idea that she will find ways to harass you constantly is a hilarious falsehood that is really not worth entertaining. This whole narrative depends on the abject refusal to talk things out after an altercation with her, and letting the ill-feelings fester instead of working to heal wounds.

She plucked me out of the AltFurry pipeline when I was at my worst, and, along with Deotasdevil and a few key members in my family, rehabilitated me back into leftist spaces. For her to give up on you and call you out, you'd have to fuck up considerably more than I did, and I don't know many people who fucked up more than I did.

I refused to throw my girlfriend Helel under the bus when her ex was turning all mutuals against her. I will not abandon Vedia because you decided to spread lashon hara about her, this is my daughter you're talking about. I will sooner be pushed to suicide than abandon family.

It's quite interesting how Vedia is suddenly being mentioned a lot as soon as she decided to speak up about the woman who stranded my girlfriend halfway across the country, and fucked her out of a cancer screening appointment and HRT meds.

Don't think I don't see the conflict of interest, or the Alinsky tactics, no different to what the alt-right does to outspoken leftists, being used to target her with. This gave me goosebumps, because I felt the same energy from the whisper campaign against Vedia as I did when i was with AltFurry and witnessing the leaders target Deo with a new damned lie.

My girlfriend was forced to detransition thanks to the situation Erica forced on her. Don't ever tell me that Vedia was in the wrong for speaking up about this. I will sooner stab myself through the heart before I believe any of your vile lies.