[Fedi is small]
"In general I get way more engagement from my fediverse posts than the few things I copy to Twitter too."

"Fewer people there, but they actually pay attention and respond in ways that Twitter users don't."

"More than 5m people have accounts on the fediverse at the moment, and it's much more than just Mastodon, it's also Plethora and PixelFed and Peertube and Diaspora and more."

"It continues to grow while Facebook is shrinking and it gets a boost every time Twitter cancels someone."

[We need big forums]
"Or everyone could interoperate and coordinate on a common protocol owned by nobody where users or groups of users of whatever size can take control of their own data instead of letting megacorp inc buy and own every damn thing in the world even our very digital souls."

[The wild-west internet is over, we want censored internet now]
"The days of the wild west internet are just beginning and the more the panopticon of Twitter and Facebook put their users in digital jail and cancel them, the more the barbarian hoards will congregate in the fun, mirthful, free, open, uncensored, unowned, pirate places.

Actually the document released from blue-sky now Jack is in charge surprised me with it's coherence and lack of pointless profiteering blockchainism.

If they can do that in the open so that nobody owns it then it will be good. Or doom us all like a babel -fish. One or the other. 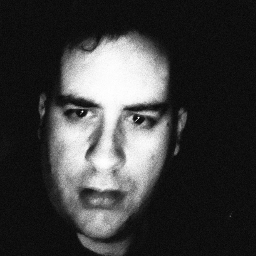 @pre I get way more engagement on the Fediverse than Twitter. On Twitter, I have over 8,600 followers. Yet every time I do an effort post, it sinks like an anchor. On Mastodon, I only have 50 followers yet most stuff I write gets seen. From my perspective, it's obvious where I should be spending my time.

@atomicpoet You never even know how many are just robots, and even the ones that you know are people you don't know if Twitter even shows it to them.

I'm only even still reading twitter coz I can pipe it to my RSS readers.

@atomicpoet
Nice to meet you too by the way.

Consider getting your own instance sooner rather than later. Moving is more of a pain than you'd like it to be even if it is less painless than being banned from twitter.

@pre And also, it's nice to meet you too.