I consider switching from #Debian testing to #openSUSE Thumbleweed on my working laptop. No flamewars, just your first hand experience... Why is it a good or a bad idea?

@bjoern
Havent tried Suse for years... What features/improvement are you searching for that is not available in #debian ?

@hyde That would be my question as well... 😉
@bjoern

I want a rolling release, no fixed release where I have to update everything every X months. That's why I use Testing for years, but:

+ I want upstream stable versions only, no rc's
+ I want a system made for daily desktop usage, e.g. no "arbitrary" package removal
+ at least in theory I like stuff like OBS, openQA,... that's really unique
- fear less 3rd party / community support

@z428 @hyde @bjoern Features in oS I think about are: Tumbleweed is a solid rolling release with always the latest software. A snapshot of the factory development, but well tested by Open Build Service and openQA.
You can build packages in OBS and bring them into Factory and then into Tumbleweed. There's no faster way to get your own software into a Linux distro. You can also build packages for other distros with OBS, e.g. as DEB instead of RPM.

@z428 @hyde @bjoern If SW is missing it can easily be installed if someone at OBS takes care of it in his home. The SW gets a small repo similar to Ubuntu PPAs: https://software.opensuse.org

Another feature is YaST: It's completely rewritten and is "Yet another System Tool" and optional: The configuration can be done completely in the terminal. YaST is now more of a collection of GUI tools written in Ruby to configure openSUSE and runs in the terminal.

@bjoern like with fedora or Arch, you will have more recent packages and nice experience on desktop. But if it's for a server, it's not a good idea to switch.

@bjoern
openSUSE Tumbleweed is a rolling release and yet it's rock solid. Every snapshot is automatically tested with OpenQA. In case of trouble you can revert using "snapper", which manages file system snapshots.
But it's also a good idea to keep an eye on https://lists.opensuse.org/archives/list/factory@lists.opensuse.org/ mailing list to be notified about updates and (extremely rare) bugs.

ITwrx @ITwrx@blurts.net
@bjoern i haven't used debian enough to compare it with anything else so i'll just leave #debian out of the equation. I've been watching openSUSE for years and got pretty excited a while back (2020? who can say...) and installed it on my main desktop and a server i was building. It had more issues for me than i expected and while obs is cool, i was forced to use it to have software i needed or to change the way a given openSUSE package was configured. While interesting and powerful, it was more than i really wanted to deal with at the time. Booting got broken by Plymouth. While probably not strictly openSUSE's fault, i haven't had that happen in years of running #archlinux. Of course, one reason for that is on Arch i didn't use Plymouth. :) So, once again not openSUSE's fault, but one of the reasons for me to use a #distro geared towards desktop with a big name was to not have to deal with stuff like that, so i left it default. It also seemed like #openSUSE was a little understaffed. I also decided i didn't want to deal with #btrfs for now. I ended up pulling off openSUSE and going to #fedora on all home/office machines and server being setup. I strongly prefer rolling release too, but i'm giving this a shot.

Aside: I wish #centos stream would package all fedora packages instead of just the subset #rhel wants to use. This would further stabilize fedora and offer a RR. I would seriously consider that for everything, especially if a serious effort were made to package *everything* in fedora.
0
Dec 27, 2020, 20:12

@bjoern It's a good idea. I use Tumbleweed daily on my laptop. Rollback with snapper is nice, you can choose it from the boot menu. I use 100 GB for / but I have a 1 TB SSD.😉

Hank G ☑️ @hankg@social.isurf.ca
@bjoern I just started experimenting with Tumbleweed last week, first time using a SUSE product in almost 20 years. I'm pretty impressed with it. I can't say whether it's good for your laptop or not but thought I'd put in the positive impression of it.
0
Dec 28, 2020, 22:29 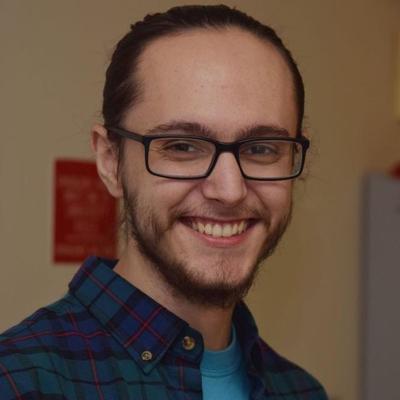 @bjoern There are some weird things missing from the OpenSUSE repos, particularly some codecs from my experience. From what I found my issues could have been resolved by switching to the Packman repo, but I didn’t feel quite comfortable doing that. YaST is really underrated though.