Brave blocking privacy-respecting stats is especially ironic given that their web browser literally tracks everything you do on the web, uploads profiles of you, and then explicitly and literally sells your attention to an ad network.

But, uh, “all tracking and stats are bad even if it’s ethical, cookie-free, open source, privacy-respecting, publicly-viewable, and hosted at the site owner’s own domain!”

After some discussion it was pointed out that they don’t directly upload your data, but they push regional ads to your device first, then the browser on your device decides what ads to show you. Cool.

But if Brave was a website, Brave would block it because “IT’S TRACKING!” 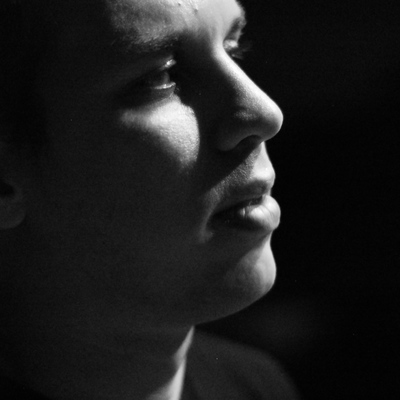 @cassidyjames citation needed re: "uploads profiles of you". Their whole marketing is that the browser does not leak any info and that ad-matching happens in-device.

@cassidyjames i site i like had a lot of issues with brave’s grift. pretty greasy.

gvs @gvs@rebelbase.site
@cassidyjames It does not such thing if you didn't explicityly opt in to BAT. Secondly, it does not record your web activities as you stated before.
BTW, I was cross linking on Twitter to allow Brave and Eich to respond to the claims.
0
Apr 23, 2021, 19:10

@cassidyjames FWIW, they are aware of this issue, and there appears to be a more technical reasoning to their choices.

Nothing conclusive, but if the upstream block lists that Brave relies on are convinced about Plausible, then we might see a better outcome not only on Brave, but on every extension etc that currently blocks Plausible.

gvs @gvs@rebelbase.site
@cassidyjames as I replied yesterday, the selling your data is a big accusation and I can't find information that confirms it. So, where did you find proof about that?
1+
Apr 23, 2021, 07:49 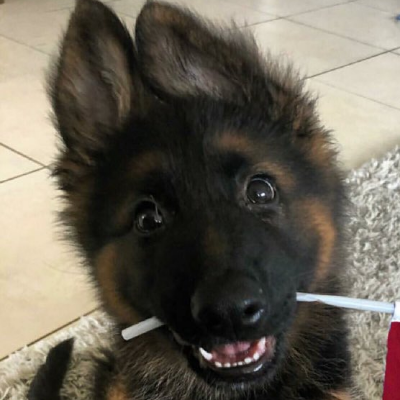 notsostubby @notsostubby@rebelbase.site
@flvc @gvs @cassidyjames I did the same for the exact same reasons just a while ago.
1
Apr 23, 2021, 10:26

notsostubby @notsostubby@rebelbase.site
@flvc @cassidyjames @gvs a bit of a shame as now practically all popular browser are based on the chrome engine.
1
Apr 23, 2021, 11:21

I replied to the thread regarding *uploading* data (they don’t), but the point of hypocrisy stands.

@epic that is their entire marketing angle of their browser.

gvs @gvs@rebelbase.site
@cassidyjames @epic I have been using Brave since the start and never turned on BAT so I have not been tracked.
1
Apr 23, 2021, 16:55

@gvs @epic you are missing the argument. The browser is tracking your activity locally—and that’s fine! That’s how history and browsers work, after all.

@gvs @epic My issue is that Brave applies different standards to websites that they heavy-handedly block and break than they do to their own software. Open source sites like Plausible are broken, and their ethical revenue is put at risk by Brave because “Plausible does tracking!” when Brave also “does tracking.” Both are privacy-respecting. Brave doesn’t seem to care.

gvs @gvs@rebelbase.site
@cassidyjames @epic Brave prevents tracking, a user knows it does. I don't want Brave deciding for me which tracking is ethical and to silently allow it!
1+
Apr 23, 2021, 17:29

@gvs @epic that’s literally already what they are doing. They allow Google and Facebook scripts because, well, they’re needed for some things and the ethics are worth the tradeoffs for them. But they’ve decided that Plausible is categorically evil, even when it is entirely open source, ethical, GDPR compliant, and cookie-free.

gvs @gvs@rebelbase.site
@cassidyjames @epic Google tags are also being blocked. Where did you get that information?
0
Apr 23, 2021, 18:03

@cassidyjames Some of us also avoid Google and Facebook like the plague. I’m not as sophisticated as gvs, so I just don’t turn marketing on when it can be helped or go to places whose jobs are to market me or my information. They’ve got enough, still get enough, I refuse to enable them. No sign-ins with collection bots like Google or Facebook, don’t search with Google (it doesn’t work anyway), don’t visit pages on Facebook (it blocks you after a few short seconds unless you turn on collection).

Try it even if not to avoid tracking. Avoid all mainstream media including social. Immersing yourself in propaganda while saying your brain being affected is like doing drugs while saying you’re the only one they won’t affect.

At least the propaganda comes at you from all sides at once on the Fediverse. Everybody crazy here. Now, you pick and choose what to eat instead of being force-fed from a few narrow troughs. @gvs

gvs @gvs@rebelbase.site
@cassidyjames @epic So instead of proving his accusations or admitting they were in error, Cassidy blocked me. here and on Twitter. His call, but telling lies to attack an Open Source product because you dislike something else they did is totally not cool.
1+
Apr 23, 2021, 19:12

@gvs His webpage does say his (I assume unpaid) programming work is for GNU. Instead of trying to avoid the propaganda machine, Cassidy might be a budding propagandist himself, honing his skills on you.

“If at first you don’t succeed, block and try again?” I don’t think that will work, but I can hardly filter all the propaganda, much less source it from within myself. @cassidyjames

gvs @gvs@rebelbase.site
@epic @cassidyjames That seems to have failed miserably. I caught him with a lie, when I pushed for proof he had nothing to come back with.
0
Apr 23, 2021, 19:31

Flav @flvc@gleasonator.com
@gvs @cassidyjames @epic So typical of these open source folks. Looks to me like most of them are free speech hating Marxists and most of the times they end up calling you racist. This is the only thing I hate about Linux.
1
Apr 23, 2021, 19:33

gvs @gvs@rebelbase.site
@flvc @cassidyjames @epic That describes the Elementary guys pretty well, they are openly extreme leftists with pronouns in their profile as if Cassidy's beard is not giving away that he's a 'he'.
1
Apr 23, 2021, 19:34

Flav @flvc@gleasonator.com
@gvs @cassidyjames @epic I remember one of your fellow Belgians saying here on Fediverse that Linux is the only Communism that works and a lot of these Linux people are commies with red roses and red starfish on their profile. That was funny and true at the same time.
0
Apr 23, 2021, 17:43

Flav @flvc@gleasonator.com
@gvs I've turned on the rewards to experiment with it for a while but I never verified my account with personal information. Now it's off and I guess it doesn't track me anymore. My brother doesn't like to tinker with computers and I recommended him Brave when he complained about too many ads. It comes with good settings out of the box.
0
Apr 23, 2021, 17:20

@gvs I replied in the thread, also this thread exists on Twitter, no need to keep linking between the two.