@fribbledom Can they make a rule against glorifying stupidity?

@fribbledom
when your decisions work against you. 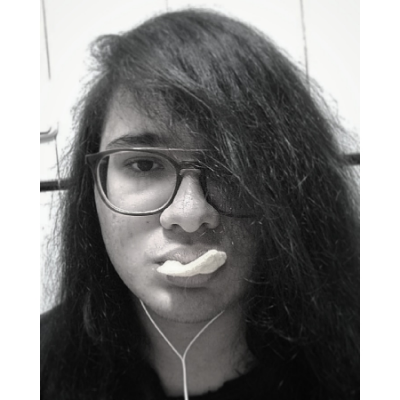 @fribbledom With other words, the account owner gives no shit about our rules but we do not want to risk a dispute with him.

@cybercow @fribbledom They ARE risking a dispute. There's a good debate to be had over the value of keeping the "receipts" of bad behavior by public officials available for public inspection and verification. It's honestly a tough problem to solve.

A CW like that is a good step, and it's risky to stand up to powerful people even a little bit. I think it's important to applaud progress and not let (justified!) cynicism stop us from seeing positive change. In part because if there's never a "good job" in a PR sense, then there's no reward to offset the risk of doing the right thing

@fribbledom right on! They should just automatically put all posts by Agent Orange behind a general content warning like "this user is an asshat" though. It would reduce the moderation burden.

@msh @fribbledom Take away his 'verified' badge, he'd get so mad.

@gws but he is verified tho. He's a verified asshat.

@fribbledom Yeah, IMO if any platform started censoring (deleting) public officials tweets - that would be a very slippery slope and a precedent we don't wish to establish. So what Twitter has done is acceptable from my POV.

Hans van Zijst   @hans@social.woefdram.nl
Not sure if they "won the lottery" or even if they've been looking for problems. They have a very real problem with findind a balance between the right of free speech on one hand and not contributing to the spread of dangerous lies. The bigger platforms get, the bigger those problems get.

If they decide to let an offensive message be, they'll be scorned by those that feel offended. If they do take it down, the other half of the people cry "censorship"! Both have a point.

My Twitter account was deleted after I had the guts to call some republican senator's bullsh*t, took only 5 minutes. What I think happened was that he or one of his henchmen reported me, and that Twitter didn't have the manpower to check if my post was really as offensive as they claimed. So I was out. Sure, I was pissed, but it I understand why it happens.
0
May 29, 2020, 19:04

@a @fribbledom Well, no matter what he end up using I just hope that we get back to a point were freedom of speech is rule number ONE on the net.

@a @fribbledom I also like Mastodon better than Gab 😀