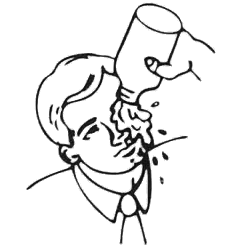 Godawful D-list Canadian wannabe horror flick with too many problems to reasonably list. Thin plot, baffling dialogue, horrible acting, nearly every line poorly overdubbed, no lighting, languid pace, bizarre / inappropriate / repetitive score, mixing that makes the muddy dialogue even harder to make out. Missing anything? Creature effects are just a hair less than passable, making them the best thing about the film.

A notably terrible film, truly one of the worst everrrrr

Show thread
0
Sign in to participate in the conversation