Machamp is the face and Incineroar is the heel

Since rent is supposed to be a third of your income, minimum wage should therefore be triple the average rent for your town

The year is 2045. President Dwayne "The Rock" Johnson has been impeached for the fifth time, following the leak of documents implicating him in an illegal drone warfare program on the moon. SARS-CoV-5 is ravaging the midwestern United States, killing 100 million people between the Mississippi River and the San Andreas Fault. Los Angeles sovereignty goes unchallenged as they gain EU membership. Brexit 2 finalized. Black Widow released in theaters.

Curious to see where this goes. Looks like maybe Marvel Studios is finally introducing SWORD?

That voice on the radio is definitely Randall Park right?

Nice to see Emma Caulfield getting work. I always thought she was one of the better actors on Buffy, but she never really got a big star-making role after it.

Kitty from That 70's Show is here, cute

I was being sincere, I can only express sincerity by highlighting the unashamedly corny shit in what I love

The virgin Kermit the frog vs the chad Gonzo

One thing about me is my sincere effort to create something in a certain medium or genre is indistinguishable from a parody of that medium or genre, because I don't bother to avoid the corniest and most prevalent tropes

Found a new type of guy 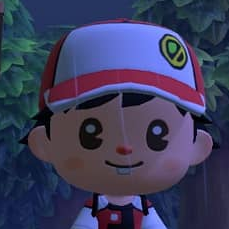 Henohenomoheji is the best weird lil doodle. Cool S is high ranking. Kilroy Was Here is a classic but it's much harder to remember the details of.

A rock lobster is just a scorpion

If I were Rumpelstiltskin, I would simply not say my name aloud