it's fucked up that they kept making technology technically better but morally, ethically, aesthetically, and spiritually worse to the point where i don't want to even use anything anymore

@z428 the people who are making the technology technically better but morally, ethically, aesthetically and spiritually worse

"What do you call the act?"

Many old-time projects have not seen much technical improvement over the decades. Most newer software just repeats the same old mistakes. And some make technically dubious choices.

That said: I agree on the lack of ethics in many cases.

@aeveltstra ah yeah, i see you're focusing on software, which is probably an even worse case, not only is it ethically worse now but also it's technically stagnated since probably the 90s. i think it's probably because the money people realised that you could still make money with terrible software & focusing on the business process was more important than how you actually implemented it

this sums up so much instantly and includes the cursed phrase "money people". as a voidficionado, I approve this horror

quite welcome. I'm a wordser. I word things 🤷

*rides away on the word 'horse' somehow*

@jk Software is kind-of my thing, so yes, I'll focus on the technological and ethical qualities of that. There's quite a few tech giant companies out there who indulge in profit over people.

@jk @aeveltstra it's funny how over the past decades, technology has become "tech", has come to mean, almost exclusively software, and now bad software at that 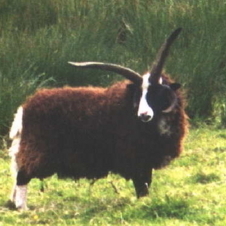 @jk If you disparage the Humanities, you end up with only the Inhumanities. And f*cking Facebook.