ObjC/Swift appmaker, tech author, cat lover. Gay-married (not to a cat). Northern-aggressing into the South. The power of Swift compiles you! Also, dirty jokes.

Reminder: I’m @joshuanozzi@mastodon.cloud — please follow me there instead of here. :-)

Since mastodon.social has been suffering extreme traffic and slowdowns/outages, I’ve moved over to @joshuanozzi@mastodon.cloud and imported my follow list. I’ll try the forwarding thing from here.

Man, the mastodon.social instance is REALLY lagging these past two days. It's good news for Mastodon in general; frustrating as hell trying to make it my primary social network.

Reading this entire article makes me feel like DARPA knows just how bad things are going to get regarding climate change (or an ELE) in a decade or two and they’re looking to take society to ground.

The car was stolen from a garage lot, where it had just had its alternator replaced. Apparently the battery gave up (and wasn’t properly tested because stupid garage) and left them sitting two blocks away. 😂

It’s street parking for anyone in this 50s-60s neighborhood as long as you don’t block driveways and the usual infrastructure, but its location and inactivity were suspicious.

An old lady and her 30-something grandson showed up to claim it but it wouldn’t start. Neighbor was already on it when I came out (was grocery shopping) but the battery wasn’t charging AT ALL. My multimeter said the charge was getting lower each time they tried it without the jumper. Dead.

The car that’s appeared parked in the same spot along the curb of one side of my corner lot hasn’t moved in a week. Nothing illegal about that but the location didn’t seem to make sense for it to belong to any of my neighbors or their guests, so I was thinking about having an officer check it out.

I found out someone else has already called, since an officer was sitting behind it today. Turns out it had been stolen from just up the road. 😂 Gut feelings are a hell of a thing. 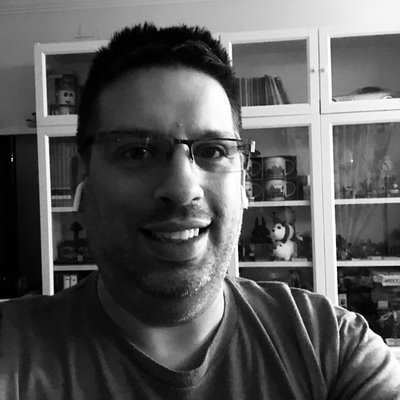 @Mastodon I think Mastodon’s complexity as a platform could become more approachable than it is currently by adopting this concept not just in nomenclature, but in design approach to clients for filtering your reading, understanding privacy levels, and managing “identities & communities”.

I firmly believe @Mastodon Instances need to be called Herds instead.

It makes the concept of an instance as a community easier to understand, which makes it way more natural to extend the idea to Home/Local/Federation as “Home”, “Herd”, and “United Federation of Herds”.

“So, Lonestar, I see your Schwarzite is as negatively-curved as mine.”

Experienced parents help me out, please: How does one explain to one’s little wards that humans have the power of conversation and therefore share memories of one of us having in fact fed them their dinner already, thus invalidating their heartfelt theatrics? 😼

👋 Hello to friends old and new. Just a reminder, I’m mostly taking a social media break this weekend (and it’s been wonderful), but will return to mostly-normal activity tomorrow. For now I’ll interact with Twitter friends but will mostly be posting my own moronic things here for awhile.

ObjC/Swift appmaker, tech author, cat lover. Gay-married (not to a cat). Northern-aggressing into the South. The power of Swift compiles you! Also, dirty jokes.