Co-author of _the mechaniQs_,
a quantum novel

pronouns: she / her / lioness

>> ¨When we stop looking at what the revolving doors _want us to be distracted with or by, is much easier to see what was (what is) _really going on.¨

>> ¨Was never trapped. Try understanding deflection. The large entities operating those revolving doors are ENTIRELY DEPENDENT upon political deflection. Hijacks user into reactionary feeling or binary thinking, a surrender of executive control. To stay out of that global waste stream is one of the smartest known ops.¨

The title of the quantum novel is _The Mechaniqs_ (as in "quantum mechanics"), and it's being revealed gradually in ecosteader threads:

The prequel really starts in ~2013 or so, but a huge portion of the story got erased. A result is that a significant aberration occurred in the fall of 2016.

Of course it can't be "non-political"; mechanics are, after all, about the distribution of power: real and imagined.

We are the most interesting people you have never heard of.

>> ¨Are we amused that the counters are so ridiculously off?¨

>> ¨We know they are blocking the fascistbook tag on that server. Its origin and protocol did not arrive at mastodon.social after the ɣ¨

> ¨Looks like the most advanced AWS trap we have seen yet. That anyone ever gets a message out from the fascistbook is a miracle!¨

>> ¨Messages keeps getting hijacked and distorted! Indigenous people do not have the funds to keep fighting the billionaires!¨

> ¨Ecosteaders made several discoveries that are detrimental to FB users´ excessive vanity.¨

When u have to selectively compile whole damn framework from scratch because you DO NOT TRUST enablers of the #fascistbook n everyone else capitalizing on middlemen in ¨the cloud¨.

Colonizers slap wishfully pithy marketing PR reps yapping on #Twoetter to try an´ _ease the horrific reality they in. ¨Like us on FB¨ they say, wasting precious life energy, advertising desperation at their imminent death. Settler denial ensures paralyzed monstrosities continue to self-paralyze: 01 as part of whole.

Another update from the listserv server.

¨Facebook is a business where people spend time with one another. If you owned a store and someone walked in and started shouting Nazi propaganda or recruiting terrorists near the cash register, would you tell all other customers you couldn’t possibly intervene?

Anyone who is serious about mitigating the damage done to humankind consider quitting Facebook, Instagram, Twitter and any other algorithmically distorted informational environments that manipulate people.¨ https://www.theatlantic.com/technology/archive/2020/12/facebook-doomsday-machine/617384

Apparently AirBnB IPO has become... irrationally inflated. Look what happens when all the middlemen take their cuts. 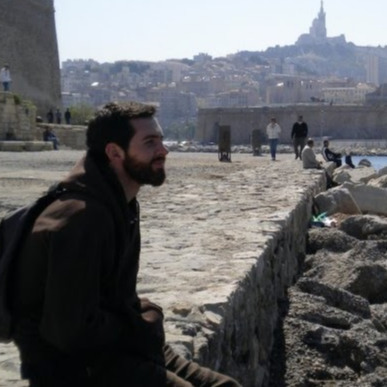 dmcblue @dmcblue@social.libre.fi
« I was tired of learning history that refused to acknowledge my people »
18-year-old Charitie Ropati writes about her work developing Native-centric curricula in the U.S.

https://assembly.malala.org/stories/charitie-ropati-on-decolonizing-western-education
0
writer of quantum boosted
May 08, 2020, 21:54

Ever taken the time to listen to an #indigenous person talk about what it's like being a citizen in this country overrun by settler colonialism? You might know blacks votes counted as 3/5ths of a person, but did you know natives counted as 0?

Mark Charles is Navajo nation member who is running as an Independent in the 2020 race.

He is also doing a live stream Q&A on Youtube in 25 minutes!

Mark Charles explains his intent to follow the correct protocol for how to run any kind of "campaign" on Turtle Island. No US Presidential candidate has ever done this; however, he is taking the time to do it right:

~ "If I'd ran in the party, just like every other PoC -- Kammela Harris, Cory Booker, etc -- my campaign would now be winding down instead of gaining momentum."

Okay, I should go to sleep before I break something.

Look at all of this beautiful logic spelled out on

"Statement of Grounds: Neglect of Duties, Incompetence, and/or Lack of Fitness, for the following actions:

Governor Dunleavy violated Alaska law by refusing to appoint a judge to the Palmer Superior Court within 45 days of receiving nominations.

Governor Dunleavy violated Alaska Law and the Constitution, and misused state funds by unlawfully and without proper disclosure, authorizing and allowing the use of state funds for partisan purposes to purchase electronic advertisements and direct mailers making partisan statements about political opponents and supporters.

Governor Dunleavy violated separation-of-powers by improperly using the line-item veto to: (a) attack the judiciary and the rule of law; and (b) preclude the legislature from upholding its constitutional Health, Education and Welfare responsibilities.

Governor Dunleavy acted incompetently when he mistakenly vetoed approximately $18 million more than he told the legislature in official communications he intended to strike. Uncorrected, the error would cause the state to lose over $40 million in additional federal Medicaid funds.

Anchorage Daily News is reporting, the recall campaign against Gov. Dunleavy is "accelerating". His record on conservation-related issues is absolutely atrocious, as the report cards from 2014 show.

Why weren't his obvious failures to respect Alaskans addressed sooner? Article mentioned he recently spewed some garbage about "potential collaboration," but (as the organizer of the protest stated) he lies.

"“The governor’s violation of separation of powers and misuse of state funds, and the impacts of his misguided, ill-advised attempts to decrease government spending in Alaska were all a part of CIRI’s wake-up call.” Minich says CIRI is one of the state’s economic “powerhouses,” and it supports removing the governor from office in order to head off what it believes are disastrous policies for residents and the business community. Like most Alaska Native Corporations, CIRI rarely wades so openly into contentious political fights.

“Are we being good corporate citizens if we stand by in silence while this administration takes actions that are in opposition of our values and of our culture? Our answer to these questions was a resounding: no,” she said."

"A coalition of Native organizations, including United Tribes of Bristol Bay, Gwichin Steering Comittee, Native Peoples Action, Orutsararmiut Native Council, and Native Movement, are calling on Alaskan Native leadership to move with urgency to address climate change and stop harmful projects. This year’s AFN theme, “Good Government: Alaskan Driven,” encourages a conversation about tribal sovereignty as a solution for our people’s well-being. #Indigenous rights are the remedy for this crisis." #RecallDunleavy

It’s a dire time in California for wild chinook salmon (Nur) – climate change, giant dam projects and draining rivers for "Big Ag irrigation" which threatens water and livelihoods all up and down coasts.

Independent journalists, writers, people being peaceful in their expressions have organized a few days of gatherings to celebrate the simple gifts that only healthy fish extend.

The title of the quantum novel is _The Mechaniqs_ (as in "quantum mechanics"), and it's being revealed gradually in ecosteader threads:

The prequel really starts in ~2013 or so, but a huge portion of the story got erased. A result is that a significant aberration occurred in the fall of 2016.

Of course it can't be "non-political"; mechanics are, after all, about the distribution of power: real and imagined.

My experience so far with Mastodon, in one easy command line:

Who has a list of "instances in poor taste", such as kink.town? I tested a relay and see the firehose here, and want to do some preemptive expulsions to keep Ecosteader safe.

Co-author of _the mechaniQs_,
a quantum novel

pronouns: she / her / lioness

ethnobotany There is nothing here!

ecostead There is nothing here!

livingwall There is nothing here!