I'm working for a big tech company in California. Yesterday all employees received an email from our security guys.

We have to deactivate all personal assistant gadgets (like Alexa) during worktime in the homeoffice.

They have evidence that these gadgets are recording audio from conference calls.

Nothing new to me but notable that I've got this order.

If you are new to Mastodon, consider setting a profile picture and making a few posts before following people, so they know you are a real person

Fuck Google Chrome. It is immensely used mostly because of two shady strategies:

– A fuck ton of app installers also install Google Chrome without asking. But since it’s a Google sofware and not a shitware it’s not that bad right? (wrong)
– Google uses tricks to make its websites perform worse on other browser. Obviously you prefer the browser where Youtube is faster right?

We published a statement on our stance on neutrality of free software (and why we won't stay neutral in this case): https://f-droid.org/en/2019/07/16/statement.html

Fluent 1.0 is out! Mozilla's localization framework is used in Firefox, supported and used in Pontoon, and it's a game changer for localizing software. Check it out: https://hacks.mozilla.org/2019/04/fluent-1-0-a-localization-system-for-natural-sounding-translations/ #l10n #i18n #fluent

And yes, Firefox is still fighting a huge uphill battle against Chrome interop, and I have no idea how they're even able to keep their heads above water. They need all the help they can get, because they're battling stupid bugs like this every single day.

WebKit (Safari) is no less amazing for the comeback they've pulled off in the past few years, although they have fewer interop pressures. Web devs make sure their sites work in Safari, because the CEO has an iPhone.

I use Ubuntu and a Google-free LineageOS phone, Firefox, Ublock Origin, Pi-Hole... I was gonna set up DNS-over-HTTPS, but now I find out that T-Mobile is selling my location data anyway. At some point it feels like privacy is just impossible https://motherboard.vice.com/en_us/article/nepxbz/i-gave-a-bounty-hunter-300-dollars-located-phone-microbilt-zumigo-tmobile

Where does a mansplainer get his water?
From a well, actually.

There are really amazing shots in this year's Comedy Wildlife, check this out: https://www.comedywildlifephoto.com/vote-affinity-photo-peoples-choice-award.php 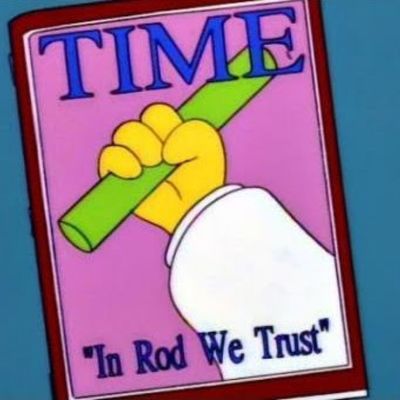