Since Christchurch NZ got rebuilt after our earthquakes 10 years ago, I think a lot about how we could tell whether or not a given new city structure is an artwork, an office building, or an AI trying to mash up SCP Foundation with This Is Not A Place Of Honor

For sheer "subtly disturbing wrongness that you can't quite put a finger on but radiates a cold and silent OXYGEN-BREATHING MAMMALS STAY AWAY", I think the brand-new Majestic Church complex probably wins.

It amazes me that nobody looked at these building designs and went "uh.... are we intentionally going for 'dead lies dreaming' here or..."

This church has architects in it, I think.

People have to be extensively trained to make this kind of almost-but-not-quite-embedded-in-our-geometry look.

Compare with, eg, the interiors of the Half-Life 2 Citadel, a design intentionally aiming to signify 'alien space built by alien minds, humans not welcome here' 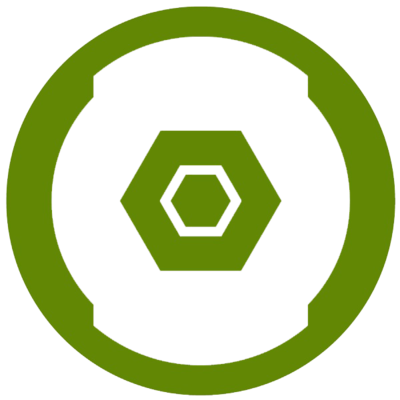 @natecull Mybe it's because I grew up surrounded by old-timey catholic architecture, but I do love seeing some cosmic horror churchery.

It's at least more interesting than pedophile wizards in a stone fortress full of creepy paintings of naked women and children.

Electromagnetic⚡Spectre   @Azure@tailswish.industries
@natecull I like it. I'd /love/ to live in buildings of that sort.

Cool! You are going to feel very at home in the nicest award-winning buildings of today!

Me, I'm just the kind of grump that (the sadly no longer updated) Unhappy Hipsters was written for

back in the 1990s, my retro attitude would itself have been called 'hipster', but today's hipsters are like... Italian futurists? I don't understand anything anymore.

Electromagnetic⚡Spectre   @Azure@tailswish.industries
@natecull I actually have a piece of futurist art on my wall. It's a picture of the Brooklyn bridge with the colors elevated and saturated so it makes me think of a neon jukebox.
0
Sep 23, 2020, 23:17

@libc Naming one's church Majestic, in the years since X-Files, is a little bit of a cultural faux pas, yes.

(It comes from a building that way predated the church called Majestic House, but still... )

"Majestic Church: Note to new visitors, we do NOT have any aliens stored onsite at this location. I don't know why we keep getting asked this. Please update your files." 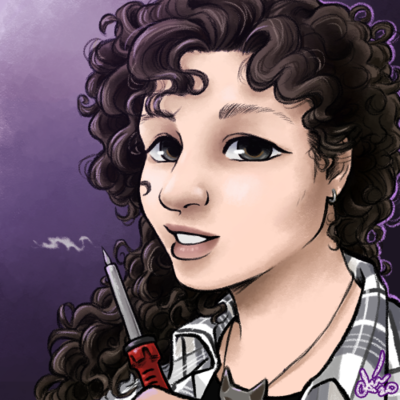 @natecull I think it looks neat! Too bad they waste so many interesting designs on churches (yes, it’s because they have the cash)

@s0 In this case, also partially because they lost their previous building in an earthquake and it was fully insured, so they bought an industrial block which they renovated.

I'm glad some people find this style nice, because we sure have a LOT of brand new buildings built in this which will be around for many decades.

@natecull oh yeah it’s brilliant. Spent a lovely several hours in there on a few days in that time between it getting darker and colder in the arvo and it being dinner time (I was there last year in June).

@natecull I think to appreciate buildings, and to decide what is really effective architecture, it’s much more important to look at the smaller things, the flow of people move around in it, the ways it lets people use it & adapt it. That’s good architecture, regardless of whether anyone likes the facade.
NB: my dad is an architect for public buildings and so I see a lot and pick up a lot about it.

But you don't, eg, personally experience a disquieting, unsettling feeling of floating dread when you look at the facade of a building like this?

I do. It is very real, very tangible, like a kind of nausea.

It makes it quite hard to appreciate other possibly good features of a building when it literally makes me feel sick to look at.

It's to do with symmetry and whether the angles 'match' and feel 'grounded' to me in some geometrical sense that I can't quite explain but could probably get a formula for. An unsymmetric, ungrounded building just.... yeah. A literal feeling of nausea. Maybe practicing architects don't actually sense this? Or do they just train themselves out of the sensation, sort of power through it?

@s0 In the case of the Majestic building cluster facade, two specifc things that give me tangible nausea:

1. No 'edge' to the front building - the diagonal lines just go right to the end and stop. Makes it feel 'sharp' and unguarded, like it will cut you. Exudes a sense of direct physical danger.

2. The angle of the diagonals do not match (ie are not a direct multipel of) the angles of the building behind (which also has the 'sharpness' problem). This makes it feel unbalanced, swaying.

3. There's another more subtle issue in that the front building facade is made up of sharp 'scales' (so it exudes a sort of reptilian armour plating look - again, makes it feel like it's hostile), and the lights and windows suggest eyes making it feel like its watching you, but at the same time it's also blank, like an industrial concrete wall.

So it sends a strong message of 'angry, hostile, sharp knives, but also soulless, warehouse, non-living.' Very much not 'do come in' vibes to me.

In harsh comparison: the building right next to it, a supermarket, is modernist but I love it dearly! It shines with golden glowing cathedral light, it has features at different scale levels feeling organic, makes me want to come in, relax, spend time! It's the nicest recent building I've been inside in years, and that includes libraries.

Perhaps these emotional responses are not universal to everyone's brains but to me they are powerful and wired-in.

@natecull I think there’s a strong basis in Icelandic modern design with many similar features to this. Such a visceral response is fascinating, I wonder how many others feel the same. I don’t think any building form could give me that kind of a sense of repellence, but I’m a very pragmatic person; I’d be fine with sauron’s tower after giving it a bit of a spring clean.

@natecull I think it boils down to: I don’t see any of the biological “danger” features that your subconscious does. I can see how they could be seen as such, but I don’t. It is firmly a building to me. Which is interesting because I do respond strongly to some uncanny valley face-resembling stuff at a smaller scale.

@natecull if you buy online from there does that mean you’re making a New World Order?

Also it turns out that Aladdin just really likes supermarkets

@natecull huh, no, not at all. That does seem like the sort of thing one might want to avoid but be totally unaware of as a designer. Asymmetry is common, and those sorts of visceral negative feelings are often eliminated the more one is familiar with something and its context (see, how some people viscerally hate brutalism). For me looking at building pictures I am not taking them in just as a visual but evaluating the materials, the scale, the way internal spaces would fit inside, stuff like that that I think centres it as a human building and firmly out of unfamiliarity?