This fucking bird landed on my head

It's for anyone whose genders (or lack thereof) aren't described by the M/F binary. It's short and easy, and the results are useful in academia, business and self-advocacy. 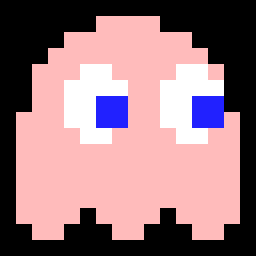 a nightmare on mlem street @Moot@snouts.online

good morning gamers, how long has it been since you last reapplied your themal paste

I am so excited for Ultraman and Ultra Q releasing tomorrow. I'm not even getting mine til later bc they sent me a notice for shipping the 20th to 22nd but still.

It feels good to be making progress at writing fanfiction? I got two chapters out of three down and I'm working on the third. And I have half the nsfw spin off of this first date fic mostly ready.

jeez i'm so tired and bruised

Speculation on the history of video games in the world of Kamen Rider Ex-Aid
https://docs.google.com/document/d/e/2PACX-1vQ46xc-MeCJ7XqIb2EpDfzfATID5BMK676XI8wgAq1Fo_ArYXqDx2NrsY5S5XKVJbh4wOOA8kfEogez/pub

This is what I do with my time, I guess.

no cops at pride just tsukasa kadoya with a gun

i should go to the library

Also, that moment the day after. When Taihei tells Kanon that other people are suffering and need him.

Kanon's fledgling interest in Taihei feels natural, he's been kind to her and strong for her through a very difficult time in her life. It's defused gently and with care. He's not human, he has a calling he must pursue or he won't be happy. But when she comes home to Yamagata, he'll always be happy to see her.

Kanon grew so much. In part because Taihei and the other Onbake believed in her and showed her there is kindness and love in the world, and they are living proof. Taihei is a 200 year old helmet, but he was so beloved that he was incarnated as an Onbake.

When love is abused, it's painful. But we can change. Kanon was able to retake her song, and rewrite it to reflect her. Bujin was inspired by Kanon's song even if he can't retake his own.

Her brother (played Odagiri Joe) just keeps eating while Bujin is stomping around outside and her Dad admonishes him to get a haircut. They're from here, they know the deal.

Kanon declaring she wants to go with Bujin and riding on his shoulder singing the whole way to the bridge was amazing and I still tear up thinking about it.

The most non-violent giant fight as he obstructs and restrains the rampaging Great Ipadada and draws it into himself to be contained until he can talk through the ghost's rage and pain.

Kanon and Bujin singing together, joined by the rest of the Onbake.

Half the wedding guests freaking out and the other half being like "Yeah she's the Songstress, what's the big deal."

Bujin saying he has no more power to deal with the Ipadada because his song was how he reached their hearts and communicated how beautiful the world was to their wretched, suffering souls.

Taihei not telling Kanon the whole story because he wants her to be happy and reclaim her song for herself, not because she's under pressure to help them. The whole episode of the two of them arguing with Bujin mirroring Kanon trying to help Fukatsu and her help not being welcomed but getting through in a way anyway. Tamakko stopping them when they go to leave because Bujin asks her to sing some times and he's super depressed.

There's so many wonderful things in this show. The revelation that the Onbake are the spirits of animals and objects that were dearly beloved by their human owners, trying to protect humans to show their gratitude. Little details like Sawamori remembering the Ainu man who kept him when he was a crayfish so fondly. Hashitaka thinking of her falconer.

Daimajin Kanon is a mystery, and a fairy tale, and a story about finding your confidence and the strength to believe in others even when you've been hurt before, and a henshin hero story that's ultimately incredibly gentle.
Even though you've been hurt before, your kindness can make the difference to someone.
The love you put into the world continues beyond you, to people you may not ever meet, but it matters.
I cried a lot during the ending and I'm probably going to cry again, in a good way

Spare a thought today for disabled workers and those who cannot work due to their disabilities, two groups that are uniquely exploited and disenfranchised under capitalism. Spare a thought for the disabled and sick labor activists who fought for workplace safety and health care. Acknowledge that the disabled have always been a vital part of class struggle. #MayDay #WorkersRights