Politics:
Ancom to the MLs, ML to the ancoms

I've got a to-do list longer than a fucking Leonard Cohen song.

All right, folks, for once I don't have a bunch of emails to deal with, I'm waiting for a couple important deliveries, and I've beaten around this particular bush long enough. 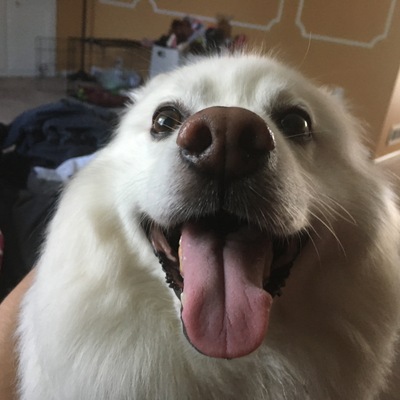 My dear Orbit has wanted, for the whole time we’ve been together, to do a Thanksgiving entirely out of pies. We managed it this year:

All the crusts from scratch, only the stuffing from a box, but it was incredible, y’all.

In the Liga Nacional Puertorriqueña of the 19th century, the annual champion was given a trophy made from the cannons used to defend Maunabo from the Spanish navy. https://twitter.com/cut4/status/1331283264338878466?s=21

Nate McLouth speaking passable Dominican Spanish will never cease to be one of my favorite baseball videos. https://www.youtube.com/watch?v=W08B_Cqiblo

, the Leones are sending Luis Maldonado to the mound.

Want something else to be thankful for? There's

After a promising Opening Day win, the #IngenierosRIN

have lost three straight for a 1-3 record.

They get to face the #FundadoresAÑA

, who shut them out two days ago, the #MontañesesUTU

, whose pitcher Luis Maldonado has a very unique achievement:

So far, he's the only pitcher to have thrown a perfect game.

Praxis can be complicated but we're really in a "protests will continue until conditions improve" type of moment.

took me until tonight to realize that the most positive change I’ve made in my teaching practice, in terms of actually making me a more effective teacher, isn’t more authentic assessments or allowing students more choice, it’s that I stopped answering 90% of emails and messages when I’m not at work and therefore actually recharge while away instead of nervously refreshing the LMS every fifteen minutes

Noah leans into the lewdery

Had some leftover beer gravy from short ribs and beef shanks, so we decided to make poutine!

- warmed up the gravy;

- took a couple decent-sized strip steaks, seasoned with salt/pepper/rosemary/thyme, seared them for four minutes apiece and stuck them in the oven;

- added their drippings to the gravy for a little more thinness;

- loaded the fries, followed by the curds, then gravy, and sliced up the steak and put it on the side.

The gravy was just a little too sweet and too grassy—a red wine gravy would’ve been perfect—but this was phenomenal for a Saturday treat.

I know way too many baseball writers are

the charity ecosystem mostly exists to launder systematic injustice into moral superiority. the problems still exist, only now the marginalised and oppressed owe it to you to suck your dick because you threw a few dollars at them

fan hates José Rivera more than anyone they know.

Not only does he play for the hated #CapitanesMAY

, he's responsible for two of the most crushing losses La Máquina has ever suffered. Only three days apart, too.

He's on the mound tonight, looking to notch his fifth shutout against La Máquina—who would like nothing better than to shove his navy-and-red cap down his throat.

Come see what they manage against him:

And this brings us full circle, because—as some of you may surmise—the pitcher responsible for both those shutouts (as well as two others) is, in fact, José Rivera.

He's taking the mound against the Ingenieros in Game 4. Will he make it five? Come watch:

Since we're about to make up the game we didn't get to last night, we figured you need to understand the relationship between the #IngenierosRIN

How to describe it? "Bad blood" would imply they're competitive, and they are definitely not.

@nsmckinnon Your dwarf is a gem cutter who is a jealous angry scrapper who does not care about family and enjoys chaos, and felt nothing after seeing a body lately

As it turns out, #VaquerosBAY left fielder José Sánchez said something we forgot to include:

"Going so hard for so many years might have cost me some time on my career, but I don't regret a thing."

Want to know why that's funny? Read on:

So I didn't say it here last night but I stopped by bojangles on the way home last night and ordered a family meal and they handed me the hugest box I've ever seen from there. When I got home there was twice as many supremes and pieces of chicken as there was supposed to be (8 and 4, and instead I had 16 supremes and a whole damn chicken of pieces). So we're gonna be eating chicken all damn weekend lmao bless

France just made it illegal to record police so they can get away with murdering minorities they don't like.

Politics:
Ancom to the MLs, ML to the ancoms

I've got a to-do list longer than a fucking Leonard Cohen song.