i havent drawn my fursona in a GRIP... is anyone feeding that horse.... 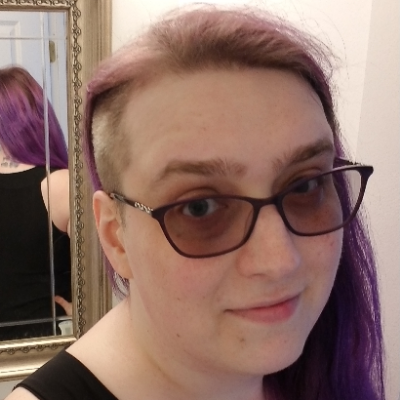 hey infosec ppl new to mastodon.social, please try to remember that the queer furry weirdos were actually here before you.

Please don't post channer slang or slurs or pepes on the PTL. This is a shared home.

Boost this toot if you're a member of the furry illuminati

sliding over to icosahedron is teeeeeempting

their lives are really chaotic and i dont think there's any point where it makes sense for them to have a child but the truth is ala isnt very smart, lets be real

ANYWAYS theres a lot to unpack specificially w ala's child who i have yet to name but i really only meant to say that ala has only the one child & yev and bull have like... 7... an irresponsible number of childs.

idk if ive ever talked about their Paramours but Ala is polytriangle w alistair+leliana and Yev does smooches on Iron Bull. Yev 1000% has a huge crush on Josephine but i have no idea if they ever actually went anywhere ? ??

i'm still playing with canon but i like the idea of polytrio having a babie shortly after the events of the game ... talk about shitty parents though because Ala fucking LEAVES an Alistair keeps doing grey warden shit... leliana is a good mom tho...

i wanna like the persona series so much but its just... p4 wasnt good, and from what ive seen of p5 (like 5-6 hours of a stream) its excessively grimdark and opens with? a ton of rape??

u start out branded a delinquent bc you tried to fight off as rapist who was preying on a woman, and then th first boss is a teacher who tried to blackmail a student into sex & then went after her friend when that failed

What's good to do in UMD when u wanna die

Tickets are sold out lol