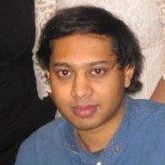 @wnymathguy
Tooted means sending out messages? I just started following people fairly recently and haven't found that many interesting subjects to #Toot about. I prefer quality over quantity, if that's what you want to know.

However, it's hard to make a decision to give a two-way following relationship without knowing what type of content will go into my feed. You have a NULL feed, so for all I knew, you were either a scam account waiting to build a following then commercialize your followers or a listening post for a nefarious group of people waiting to commit a DDoS attack for me saying the wrong thing.
0
Sign in to participate in the conversation