This whole panic over "Big Tech" censoring speech on social media platforms is odd to me. Corporate censorship is the norm, not the exception. After all, many corporate employees are subject to NDAs and other restrictions on their speech, even outside of work. Yet this is just accepted as a normal consequence of employment and "protecting intellectual property rights." 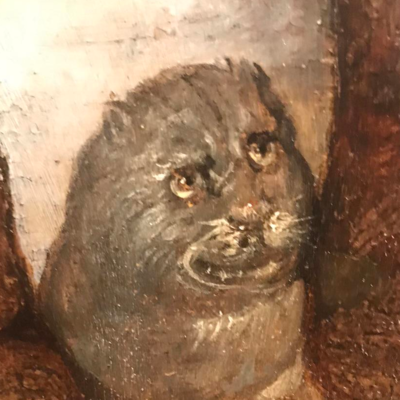 Zudlig Ravel Annon @zudlig@expired.mentality.rip
@smoliva That comment probably wouldn't seem so wrong if it weren't made at a time when so many social activities previously immune to such nonsense by virtue of taking place in offline venues have been forcibly moved into parts of cyberspace where they are newly subject to such censorship.

It's practically the only aspect of life that does need to go back to "normal" as far as I'm concerned, and fortunately we are not so far gone that everyone sees it as normal to feel the need to police their own speech as if they're talking to co-workers at a big-corp office job every second of the day.
0
Aug 07, 2021, 10:10

@smoliva I think there's a big difference between the corporate world and personal use...
@onepict

@greenpete
Indeed, although we often see that clash with intellectual property. I used to intern for a corporate and one of the engineers developed his own software out of hours to help him do his job. He then offered to license it to the company. So the lawyers were trying to figure out if his contract supported their argument that even though he wasn't hired as a developer, the software was their intellectual property. So it depends on the contract and the wording.
@smoliva

@onepict @greenpete This sounds familiar. I remember a federal court case about a near-identical scenario from a few years back.

@smoliva
This was from the late 90s early 2000s in Aberdeen. It hadn't gone to court yet.
@greenpete

@onepict @greenpete Ah, ok. The case I'm thinking of was, IIRC, from Alabama.

@smoliva
It does show that similar cases crop up around the world. But I won't sign agreements like NDAs.
@greenpete

@onepict @greenpete Actually stumbled upon an old blog post of mine on the Alabama case I was thinking of: https://web.archive.org/web/20161107213153/http://opensourcewriter.com/alabama-judge-rejects-software-copyright-infringement-claim-against-defense-contractor/

@smoliva also the fact that whatever you, as employee create in your free time can be considered to belong to the company if it meets certain criteria sets a precedent for content platforms owning the content that users create