programmer studying game design.
looking up into the night sky is looking down into the infinite void.

OK but the AI rights movement is going to be wild and I am excited.

I really don't know how to feel about keir starmer, on one hand I am way to used to "moderate" just meaning "authoritarian against the left" and starmer was one of the pricks setting themselves on fire to hurt corbyn so I don't believe any of this "we just have to come together" crap he is selling because he threw the exact same thing back in corbyns face.

putting the curly brackets on a different line then the statement is bad formating and you can fight me on that.

I seen this take a few places and it's honestly the most frustrating of the double talk rhetoric going around.

"the left should not have abandoned the BBC"

the BBC abandoned the left and now they get to lie in the bed they made for themselves and there is nothing leftists can do to help.

i think liberation is a much more useful idea. liberation means i am free from exploitative relationships. liberation does not mean i can do whatever i want all the time. that isnt a realistic or even a reasonable goal

It really pisses me off to see well-placed leftists with a lot of social capital dismiss the need to defend against groups like the Proud Boys. Like yes, the alt right are buffoons and whatnot, but don't act like they're not assaulting vulnerable people in the communities where they're active.

It's laughable to you, but we have to live next to them. There's literally a Nazi across the nearest major street from me who trains people for street battles and talks about targeting people with disabilities

Yaaaaaas I love it!

Hundreds of councils have mandated higher standards for housing construction and the Tories want to prevent that.

There is a housing shortage, but poorly insulated homes cause poor poverty. We can build enough quality homes for everyone, we must do so, if we make the political decision to allocate adequate resources.

I am guessing the "Australia style deal" means setting everything on fire while the rich and powerful take a holiday and ignore the suffering their actions created?

When my phone crashes it generally crashes when switching between accounts on #tusky, is this a known bug? Not sure if my phone black screen crashing and rebooting is a problem with the OS not handling errors correctly.

There has never been any such thing as a free market. There is either a regulatory body or a monopoly or an unholy abomination of the two, anyone promising you a "free market" is selling you down the river.

Photographs of derelict buildings being reclaimed by nature by a Paris-based photographer named Jonk.

They're part of a collection called Naturalia: Chronicle of Contemporary Ruins
http://www.jonk-photography.com/naturalia/

You: #Capitalism works! *points at vaccines*
Me: #Vaccines are so unprofitable that governments and intergovernmental organizations sometimes go to incredible lengths to get pharmaceutical companies to keep manufacturing them, including doing the companies' research for them. If anything, vaccines are proof that capitalism doesn't work and has to be kept in check by the public. 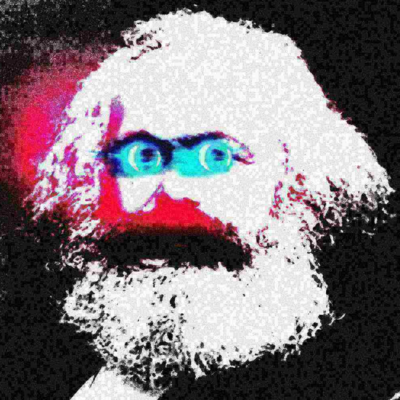 Tory culture police are apparently trying to run nich Kumar out of the BBC for having the nerve to be doing kids TV and having ever had a political opinion they disagree with.

Lest anyone thought "to political" was a label that would be stuck on you just for being associated with LGBT+ they are expanding it out to everyone they dis agree with.

be gay do crimes

programmer studying game design.
looking up into the night sky is looking down into the infinite void.