i am still on the hunt for artists for my vending machine artist residency programme based in norwich, UK. if you make works on paper, small multiples, have big ideas about public works and how lots of small pieces can make a whole, or just think this sounds cool, please get in touch! specialdispensations@gmail.com

i am currently seeking residents for july 2022 onwards. the residencies are monthly, and can be completed from anywhere in the world where you can post things that reach the uk. 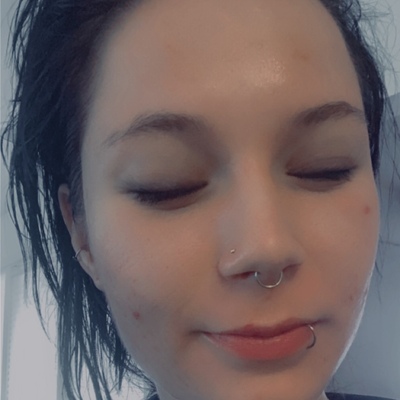 and it's up at https://themoep.at/

I realized I do a lot of planning and proof-of-concepting, but almost no documenting and publishing. I aim to change that and throw more things where people can find them

also going through my archives and
1. lol, there's some stuff in there like this sentence, presented without context: "don't Thoreau your life away"
2. fuck I did a lot of things that need a writeup

long ago I used a random bio generator to fill my "about" on various pages and it spit out something that vaguely resembled a testimonial.
now I'm redoing my webbed site and playing with the idea of putting up actual testimonials 😬

Found some primo content for tomorrow: a video of siren tests https://youtu.be/RuFwr5NLEQA

22C with 1/4 cloud cover and slight wind sounds perfect for this! :D

send me your weird music rec for that if you want to :3

listening to very upbeat music for a while to get myself going in the last hours of the submission window and I cannot wait to lie in the grass tomorrow afternoon and just drone out. no beats, no rythms, just noise.

i got a travel grant to visit my first academic conference. not presenting a talk, but maybe a poster. very exciting.

- there are two kinds of programming languages, lisps and fortrans.

lisps are made of mathematical objects in platoland. you can never run a lisp program, because platoland has infinite spiritual resources, and you can only run materially incarnated code in broken-ass hardware with very finite resources. writing a lisp feels like you're writing abstract thoughts, and a piece of software simulates platoland on your computer, the way Dwarf Fortress simulate the real world (mostly accurate but every so often it misses a law of physics or you add bartenders and now the cats are disappearing).

fortrans are a notational convenience for giving instructions to computers. like not the hottest platoland gadgets like Turing machines or lambda calculi, but the kind of overengineered crap that capitalism gives us, Pentiums and whatnot. they're still called Pentiums, right? or are we already in Hexiums? anyway these computing machines have bags of bits you can flip with a certain latency, a buncha caches, and a set of commands that let you flip the bits. some of the bits are flipped or read by monitors and mouses and whatnot.

problem is the computation processing unit brains are very smooth and thoughtless and can only understand very repetitive language, which gets tiresome to type again and again. so nerds started making editor macros to avoid typing the same things a hundred times for the ditzy computer mind, and then added a buncha grammar checks while they were at it. these abbreviation extensions for emacs are called fortrans.

Rust is a fortran. the basic problem it deals with is that the computers we have are slow to flip bits unless you know in advance how many bits to flip. but often you want to decide on the spot, like suppose a girl is keymashing, we can't predict in advance how many characters we'll need to reserve for the keymashing. (this is unlike platoland machines, which always have infinite characters to spare, and whether you know it in advance or not the speed is the same; about infinitely fast). moreover the ditzy computer brains get very confused if you try to use some bits to save up the keymash, and then somebody else tries to save flower emojis in there.

Rust solves this with the power of ownership kink. Every bit has to state who is its owner. If somebody else wants to use the bit, it has to borrow from that owner. Before the performance is shown to the computer, a crab comes and checks whether all the little bits have been borrowed properly. This ensures that all the contents the computer gets are things its little mind can handle.

I feel like so far there's 2 kinds of attitude towards rust in my social circles:

in the latter category, some people are aware of what rust is trying to do, and they hate it. they just generally hate programming computers in general, and would rather program in platoland and run a simulation, abstracting away any details of what their Pentiums are doing. people who have this taste will never like Rust, and in fact will never like any fortran.

but I also feel like some people never tried a fortran before, and it's not very clear what a fortran even is meant for. their programming background was all lisps (like python, javascript etc.), then they hear about how trans girls love rust and, what's with trans girls being from the future, figure there must be something neat about this one. then they try to understand rust with lispy perspectives, and it's impossible to figure out what it's trying to do.

what it's trying to do is to flip bits around the stack and the heap of your Integrated Electronics Pentium programmable transistor brain. if you look at it from this perspective, the reasons it does all that kinky stuff suddenly make sense. 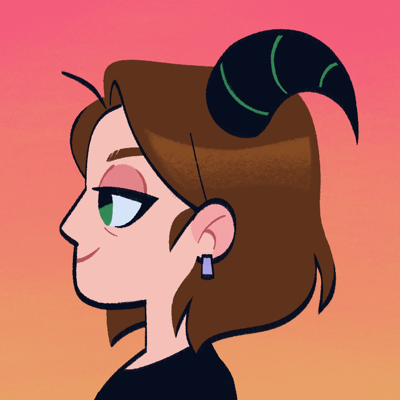 from when I lost my shit at the hisuian growlithe reveal

easter is celebrated by spinning vinyls and getting yourself tipsy with cocktails, rigjt?

Ok, I can now apply any other glitch in #glitchbot to image subregions selected based on ranges of local entropy. That's kinda cool.

good morning! I hope your last time-appropriate activity was enjoyable.