@yogthos Who on the cover of Forbes is hoarding more bananas than he/she can eat?

@yogthos
Please provide link to a reliable study about billionaires and their banana consumption.

@yogthos
What dollars? Your post is about eating bananas, not about spending money.

@yogthos
That's certainly an interesting problem but not related to the original "metaphor" which tries to draw parallels between two acts, one of which is quite feasible (and desirable for many) and the other medically impossible. 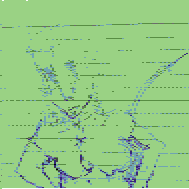 Cramunhão Limão @cyberskija@expired.mentality.rip
@yogthos @fuxoft The metaphor is indeed quite flawed if we do not ignore its contents to pay attention only to its form. That said, it would be fair to get rid of the "scientists" part.
1
Mar 11, 2021, 21:31

@yogthos @cyberskija I've read it. It says that monkeys have the capacity to be almost as big assholes as humans, which is not surprising to me. It's been known for many decades that apes wage wars between themselves. I see nothing about hoarding bananas on that page and I don't see its relevancy to your original "metaphor"...? 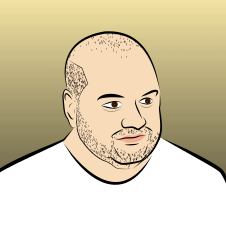 Petr Cizmar @strec@social.cizmar.net
@fuxoft @yogthos @cyberskija There is nothing wrong even with the monkey hoarding bananas despite being unable to eat them all. It this still provides him with a significant advantage. It would be smart to save a few bananas for some limited future. The rest may then be traded for services (making the hungry monkeys do what the hoarder wants). It would be silly to give them away for free.
1
Mar 11, 2021, 22:21

@yogthos
Yes, absolutely nothing wrong with monkeys doing that. Or shitting on the floor or having sex in public. But if people start doing either of those things, that is very wrong.
@strec @cyberskija

Petr Cizmar @strec@social.cizmar.net
@yogthos You don't believe that this would really happen. More probably, a few other monkeys would gang up and get the bananas, then they would start killing each other and the strongest one would be the new owner of the bananas. @cyberskija @fuxoft
1+
Mar 12, 2021, 15:55

Cramunhão Limão @cyberskija@expired.mentality.rip
@strec @yogthos @fuxoft That's precisely what's wrong with the metaphor. Because in the chimps's case, there is nothing of really unusual about such behavior (of hoarding or fighting with each other).
1+
Mar 12, 2021, 16:12

Petr Cizmar @strec@social.cizmar.net
@cyberskija @fuxoft @yogthos Humans are a bit smarter and can see further. In the monkey analogy, the hoarder would throw a few bananas on the hungry monkeys. They would then become less hungry and therefore less willing to fight. Key is then to find the sweet spot where the hoarder can keep the most bananas and still not be killed by the others.
1
Mar 12, 2021, 19:51

Cramunhão Limão @cyberskija@expired.mentality.rip
@yogthos @fuxoft @strec No i'm not. I'm saying that scientists would not say at the outset that this is a "heck of a wrong behavior". Which means that the two things involved in the metaphor provide a weak analogy.
1
Sign in to participate in the conversation