Curmudgeon, luddite, crank, coffee drinker, cat lover, and banned from Twitter due to being a teapot.

To pair with the video on the Black History of Punk.

A lot of really formative bands came out of the Latin side of the scene.

Regardless of the type of punk I have to take a note from Bob. I love punk.

Except Nazi Punk, they can fuck off.

Watch "The Very Latinx History of Punk" on YouTube
https://youtu.be/PSyo1zd9jcw

A friend of mine reminded me of this documentary earlier.

For those not familiar with Death they're on YouTube and I highly recommend them.

Man reading the news and watching the Dems get up in arms about the Republicans refusing to convict and being surprised like this hasn't happened at every other occurrence of "bipartisanship" in the last 40 years.

You'd think they would start to figure out the Republicans give no fucks about legality and rules, and that the only way to get their goals is to pull the same shit.

But no, mostly because there's really no difference other than a thin sheet of "we're not bigots, swear!"

I guess we're doing another impeachment.

Some of the folks on the left seem excited by this, so I guess it's going well.

I'm fighting, or well recovering now, maybe, from a migraine. My ability to enjoy anything is kind of diminished.

I'll be unsurprised if this does nothing. But I can also hope that it at least diminishes the stupidity for a bit.

Doubt it but hopeful. 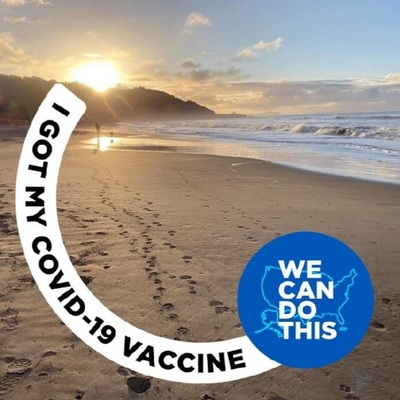 Here's another takeaway from day one of impeachment 2:

Today, none of these cowards even had the guts to raise their eyes and watch the video of Trump's insurrection. They don't want to know and don't want to care what Trump caused. Every one of them is a coward who believes Trump should be King of the United States of America, and every one of them has and will continue to lie through their teeth to keep his favor and the support of his disgusting base. These are Senators we need to target when each is up for re-election.

We need to boycott any company that supports any of them for re-election. They need to be shoveled out of our government.

I keep expecting to wake up this morning.

So I see state of California UI services are still messed up even when they're properly funded.

The phones don't bother queuing calls and just hang up, leaving folks in a state of Thunder Doming it out for spots to talk to reps.

Links to various help pages are broken on the website, registering your EDDCAN is hit or miss, Firefox isn't a supported web browser, links are in bad spots, and the promised chat support system was implemented as an automated chat system that doesn't help anything.

Last night of the last day on this job and I have major insomnia.

It's strange, we have multiple words to describe the same feeling, and they're all flavor related:

Used to express the feeling of being disquieted.

Which I am very. much. disquieted.

I shouldn't be this attached to this job. I've been on contracts and had them end early before. I know better than to get attached to co-workers. Yet, here I am; and I'm going to miss every one of them except the pencil pusher.

3) I have 13 years of working experience in my field. I have an Associates Degree in a STEM field. I don't have a Baccalaureate. I've had a senior management position. By INS standards I can qualify for an H-1B visa (that I don't need) for the job through my work experience alone. I pointes this out to the hiring manager in a follow-up email post phone conversation with the HR rep.

Reasons I'm about to be passed up for a job opportunity:

1) HR had me confused with another applicant and didn't call at the appointed time. It took an email looping in the hiring manager to get them to call me.

2) The HR rep thought the job was in a completely different state. I had to point out that while I was willing to relocate I really didn't need to as the job was less a 30-minute commute away.

"But if the plebians keep me from shorting, how will I afford a second yacht this year? Don't they want jobs?"

to land a position that l'll probably lose in 3 months-5 years (my record tenure at any business) when my job is outsourced, again.

In a sane society this wouldn't be a huge issue. I'd still have a roof over my head, health insurance to cover the therapy of getting laid off, and enough food to not starve.

I don't live in a sane society, so I get to deal with taking care of my mental health in my own, worrying if I'm going to be able to feed the cat, and carrying out a job hunt while not being certain if I come off as too mentally unhinged, or too overqualified (1/2)

Well, it seems it's time I need to find a new job. Current employer is cutting my contract short, and since the US is defacto at-will employment, they can weasel their way out of paying what they told me they'd pay, and get to tell me I don't matter enough to survive.

I hate when I get them, because my primary trigger is outside of my control.

Each time it feels like just adding another hole to my head would fix the issue. I know it wouldn't but damn.

I've been learning Go (the language, not the game, already know how to play though I'm terrible).

I read (to one extent or another) multiple programming languages (C/C++, JavaScript/jQuery, Python, Ruby, PHP, SQL (meh), LISP, and a couple of others).

The more languages I pick up the more it feels like the only difference between them is, they take a meta concept, rename it and say "We don't call it that anymore."

Unsurprisingly, the Democrats are already getting complacent that "as soon as he's out of the office we won't have to worry about this idiocy any more."

Like 70 million racists are just going to poof into thin fucking air.

"Inside Kolektiva, the social media platform built by anarchists and activists"

Curmudgeon, luddite, crank, coffee drinker, cat lover, and banned from Twitter due to being a teapot.