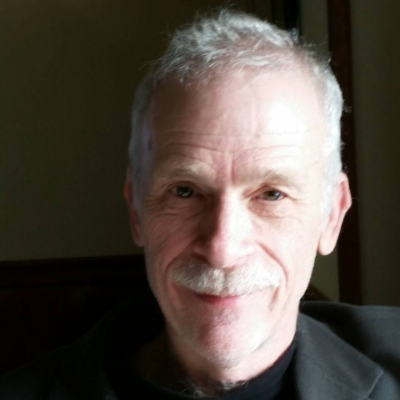 Prof. of Asian Philosophy and Religion, #BuddhistStudies; for politics, it's #BernieOrBust

Not stagnant wages and rising inequality. Not our healthcare and student loan debt burdens. Not looming climate catastrophe or white nationalism. He’s not worried about your troubles or mine.

I am admittedly not a communications professional, but I do not understand the thinking behind putting out a press release that is just a list of other people owning you. https://twitter.com/bencjacobs/status/1229500344046161921

My partner and I spent a lot of hours canvassing for Bernie this weekend! Almost 150 voters.

We specifically went to lower income areas and, overall, got a great reception.

the link below for events or go to your local Bernie Campaign office.

The Joe Biden delegate who spread the manipulatively edited Sanders video and lied about what he said, causing this fraud to go viral due to high-profile media people — mostly #NeverTrump operatives — spreading it.

I wonder if the Republicans worried that being a Democratic Socialist will play poorly in Florida have thoughts and feelings about how being against a minimum wage raise will play, well, anywhere. https://twitter.com/berniesanders/status/1229165791834185728 …

It’s fucking maddening how many high-profile media people have spread this tweet even though it uses manipulatively spliced and out-of-context excerpts accompanied by an absolute lie describing it.

Endless hand-wringing over random pro-Bernie tweets but no consequences for this: https://twitter.com/ryanlcooper/status/1229116249629655040 …

Here’s more from @KFILE on how the Bernie-talking-about-Russia video being spread by all the career GOP operatives who now posture as Democratic Party Voices of Reason and Conscience is completely distorted and manipulated to the point of being fake: https://twitter.com/KFILE/status/1229161305271128065?s=20 …

#NeverRacistMikeBloomberg He Stated back in 2008 it was the #BlackAmericans that #Caused the
#FinacialCrash back in 2008 What a #RacistPieceOfShit! Please RT RT Now https://markets.businessinsider.com/news/stocks/bloomberg-blamed-black-americans-loans-2008-financial-crash-banks-candidate-2020-2-1028903643

@MikeBloomberg@twitter.com is not only a racist, he is a sexist too. Accused of sexual harassment from 64 women. He is no better than Donald Trump, in fact he might be worse because he is propped up by the DNC! #DropOutBloomberg

“asked for their views on the personal characteristics of several democratic presidential contenders and of president donald trump, voters consistently gave sanders the highest marks for his values and empathy.”

Chris Mathews is such a loser..
he tells michael Moore in reference to the Central Park smear, don't ever talk to me about my own opinions on this show....

I LOVED hearing @MMFlint@twitter.com Michael Moore tell Chris Matthews that there won't be shootings in Central Park when Bernie is elected! Bravo, Michael. Thank you for calling him out. I noticed you refused to apologize, Chris. Shame on you. You offended MILLIONS with your lies. #hardball

Wow this is bad news for Bernie Sanders when he runs against three people at once in the general.

#Bernie posters: Don't back down https://www.carlbeijer.com/2020/02/bernie-posters-dont-back-down.html?m=1

During the 70's I belonged to an Eastern religious movement that was gaining a lot of young supporters. The MSM pretty much succeeded in depicting us as brainwashed fanatics, all based made-up sh*t. So from that time I never trusted them. The same nonsense is happening toward the #Bernie movement.

Can you imagine where #Bernie would be now if he had fair coverage from the #MSM?

Prof. of Asian Philosophy and Religion, #BuddhistStudies; for politics, it's #BernieOrBust