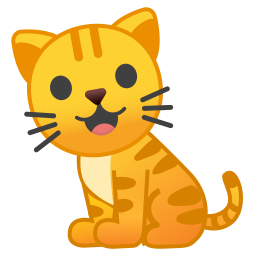 * Letter to a Friend on Christmas morning *

Just wrote a reply to a good friend, a penpal via the #Slowly app.

She sent me a nice letter and was not pleased with the multitude of tabs in use in my too busy browser .

Now the story is on my blog: https://write.tedomum.net/rgx/letter-to-a-friend-christmas-morning

Just now finished writing a letter to a good friend, a Japanese lady who is my penpal via the Slowly app.

My friend sent me a nice letter and described some local customs, including the one that explains the image in the post.

Now the story is on my blog: https://write.tedomum.net/rgx/letter-to-a-japanese-friend-winter-solstice

* Memories, a visit to the Archeology Museum *

It started this morning, the thread. And over short posts, someone told a story. Of a Greek man, who lived in antiquity, by the Mediterranean side; in a city whose name is still preserved, and today is written "Marseille".

Enjoying it, I remembered similar thoughts, and how things worked, how small bits and pieces came to me as I visited an exposition, at the Archeological Museum, in Lisbon.

Now the story is on my blog: https://write.tedomum.net/rgx/memories

Have now figured out a way to make my laptop settings for the mastodon Web Client really sharp – it is using the FULL screen width, but without the madness of the multi-pane, 3 pulsating Feeds running simultaneously which is kind of the Default when you enable it.

I have prepared a Tutorial, with step by step notes, screenshots to help people wanting a similar setup.

Pinafore users, how about a WIDE screen layout?

How about this for a Proposed Dream Layout on Pinafore --- for us Wide Screen Users?

My mockup of a DREAM Pinafore client setup -- Local and Notifications Panels open side by side, with a Toot Editor box at the far left side. Power for Wide Screen Users!

[** sent to Pinafore author from another instance. Posted here for comments and ideas **]

Microsoft is still allowing Windows 7 and 8.x users to upgrade their systems (which must be activated) for __*FREE*__ to a Windows 10 of the same family.

Someone running Windows 7 Home, Home Premium or Ultimate can go thru it, and have a legal and Activated Windows 10 Home digital license at the end. A Windows 7 or 8 Pro install will upgrade to a Windows 10 Professional, fully licensed.

I have done it, twice, in recent days. And it's EASY, anyone can do it.

Some users in #Fediverse already know about how good and fast the Pinafore client is.

A web hosted, static site -- you load the site and login, it authorizes with your instance, which requests your permission.

Besides being Light and Fast, Pinafore is smooth running, has a lot of colour options, supports Multiple Instances with easy switching between one and the next. Couple clicks, you are into the other account, using it's colours, etc.

My thoughts on why the cramped 500 characters maximum Toot is a relic which Mastodon developers should consider revising. Or making easier to change, for the few instances that allow their users more modern space and limits.

I have encountered the hard core Twitter user mentality in some admins I have made this request to.

They were users there for years, are used to the short burst posting, which I as a Forum user find baffling, unattractive and a general pain in the butt, to be perfectly honest.

There was a time, in the older days, when twitter started and ran over SMS. The 140 character limit came from that, as people had voice and SMS access, not mobile data.

The cramped space, terseness resulting from it, I could understand in that situation. But we have left that long behind.

I usually don't feel attracted to responding to the very short one liners. To call that "micro blogging" is a weird distortion of what I consider blogging to be.

I do write long posts in mastodon, and much longer form in Blog posts; have a hell of a time to post an announcement in Twitter for those in their measly 240 chars.

OP at my new Pleroma account, which thankfully doesn't have this Fossilized limit in place.

* When you discover your Instance is blocked. *

After creating a new blog post, I prepare text for announcing it. This is posted at my main instance, and later I visit other accounts, search for that Status URL, and boost it from there.

In one case, I could not find the status on that normal search. Odd. What is going on?

A search for my user profile at Qoto did not bring ANY results either. It dawned on me that something was amiss...

* Is it Important, which Instance you are in ? *

Once again I had an enjoyable conversation, earlier today. Achso was there, and we continued a conversation from a day before. We discussed different things, and specially how choosing an instance to fit your needs and preferences is important.

My thoughts on the matter, and a detailed list of some instances I frequent.

#Fediverse -- Some people will come and see what is going on here if it keeps growing and getting media reports.

I only joined here in November -- close to 2 months now, but in that short time I went from total newbie to having 3,400 posts or so, Staff position at my main instance, and being part of maybe 10 instances of Mastodon alone.

Insta, I stayed away, always. Dumb people, hashtag binging, bothers me, they are clueless.

Curiously -- I found my curiosity and interest in this Fediverse due to a BBC news report about the Indian Diaspora, from TW to mastodon instances.

Saw it on my rarely visited TW timeline, read the article. Uhm, what is mastodon?

And it's nice to see that the TechnicolorRainbow group is alive and well -- it's the home for the Book club at Hackers.Town instance.

One book a month, to be read by anyone interested, and can be discussed via the @TechnicolorRainbow Group. Neat.

January 2020 Book of the Month is : "Cult of the Dead Cow: How the Original Hacking Supergroup Might Just Save the World" by Joseph Menn.

** See an Explanation of what Guppe Groups is, how it works, how to sign up; illustrated. Here at our Discourse Forum (a copy of my original posts at HT).

⭐︎ Systems, Mistakes, and the Sea

Received an interesting suggestion via Direct Message, it said :

"What do you think about: Starting a hashtag like : "qotoarticle" and all users who publish journalism-like or good pieces from the Net using this #, to make it possible finding an interesting collection of *qoto-news*, without all the fun-stuff burying it?"

This is a nice idea -- and I am opening a Forum discussion thread for it.

My thoughts on the matter, on today's web magazine, live at : https://write.tedomum.net/rgx/special-hashtag-to-highlight-serious-posting

* The Fediverse reminds me so much of FidoNet *

Remembered a blog idea; a few days ago, we were chatting in the network. About a situation that reminded me a lot of the BBS world; where I started in computers, dial-up modems, and the network called FidoNet...

We had some disturbing photos posted recently at an instance where I am part of the staff, a Moderator.

I flagged some of the posts for moderation, and waited to see what the response from other mods would be; it came and wasn't in line with my thinking, exactly.

My thoughts, now live at : https://write.tedomum.net/rgx/re-shocking-images-and-content-warnings

The Collapsed Mastodon for Firefox is here: https://addons.mozilla.org/en-US/firefox/addon/collapsed-mastodon/?src=search

And it has some more cool enhancements.

See detailed descriptions on page above, or on my blog about my Firefox extensions: https://write.tedomum.net/rgx/firefox-add-ons-for-the-active-user

Laptop and Desktop computer users - how about getting MORE space for the info that matters?

Screenshot taken just now, here at Mastodon.social. I had been able to get similar setups at two other instances with some custom code.

But now can get it to work on default mastodon instances. What's needed?

2. to enable the full width use, I am using the excellent "Collapsed Mastodon" extension on my Firefox browser. (1/2)

* Firefox Add-ons for the Active User ? *

Modern browsers have a lot of power and display content pretty well. But even for the general user, they need some essential add-on Extensions to complement and make life in the Web saner and more comfortable.

For today's page, I will list and describe each of the Extensions currently in use here, at RG Central. Detailed explanations, illustrations, links.

Bitches the Cat started this #blackcatappreciationthread on Birdsite, it's got almost 800 !! Replies, many many many lovely Blackies, little Panthers. 💕🐈🐈

#cats #mastocats #catsofmastodon #meow #xp
---
RT @BitchestheCat
Send me pictures of your black cats so we can show the world how well they photograph. We’ll start with our Aunt Ellen. #blackcatappreciationthread

@design_RG you say wasted space on desktop... But what would you put there? Having text run the full width of a wide screen is poor for readability.
https://baymard.com/blog/line-length-readability

Ange made a nice and illustrated guide for new users of Write.freely blogs, but it's all in French.

Goal is to help people interested in using the write.freely instance at TeDomum.net — which has been my blog's home. This morning I took some time and translated her guide to English.

Now the page is on my blog: https://write.tedomum.net/rgx/write-freely-wiki-documentation