Into feminism, language, music, mates, food, and video. Reads and reviews a lot of books, which means that he is—via Kurt Vonnegut—rococo argle-bargle.

People: why are Swedes so affected by COVID-19?

Biden is not the 'solution' to Trump; Most of his assignees to government have a track record that is awful, aiding and abetting companies like Raytheon, Exxon, and Maersk.

Fuck companies such as instagram/facebook/twitter/google/microsoft/amazon who all help and incite kleptocracies for the sake of sheer greed.

Reach out to politicians and let them know how you feel. Liaise with people who do not live as you do, to broaden your experience. The result will be positive change.

The US government, backed by the CIA, have abroad led more insurrections and overthrown more democratically-elected governments than I can count to.

When WW2 ended, the USA dictated the terms for what constituted war crimes, so that they wouldn't have to be sentenced for their own. Those are called the Nuremberg laws.

If the Nuremberg laws were applied since 1945, every single American president would be hung until dead.

Just like Victor Klemperer's diaries showed how nazism was normalised until WW2 started, this film shows a small bit of the time before the American capitol was stormed by right-wing terrorists, egged on by leading republicans.

To white people, this may seem like news. To others, this is what happens on a daily basis in a variety of ways. Remember Black Lives Matter, indigenous-population protests, etc. 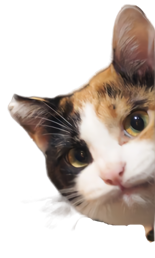 'His life is a rebuke to cynicism': what five years without David Bowie has taught us - In the words of songwriter Edwyn Collins, speaking in response to the news of Bowie’s death: “He was warm; you could walk around with him in your head all day and it comforted you.”

Life is to be lived, not controlled, and humanity is won by continuing to play in face of certain defeat.

The price of anything is the amount of life you exchange for it.

Feels like the guitar playing on this album is fresh. Robert Quine-ish to me.

Love how this album is mixed, like no members wanted to stand out considerably, bar the electronic drums.

The Passion Of from SPECIAL INTEREST -
https://specialinterestno.bandcamp.com/album/the-passion-of

I love @theQuietus and their year's-best list. And I love clipping. that I discovered this year.

The Quietus | Features | Quietus Charts | Quietus Albums Of The Year 2020 (In Association With Norman Records) - https://thequietus.com/articles/29302-the-quietus-top-100-albums-of-2020-norman-records

I can't wait for Aleksandar Hemon to publish new stuff.

The only thing that makes life possible is permanent, intolerable uncertainty: not knowing what comes next.

Howard Zinn, one of the most fierce and lovely minds against war.

This reminds me of 'retaliate first', a situationist decree.

Joe Hagan's biography of Jann Wenner should serve a stark reminder to every biographer who's veering towards hagiography.

Viktor Klemperer's diaries serve as a sobering protector against what humanity might allow to happen again.

Into feminism, language, music, mates, food, and video. Reads and reviews a lot of books, which means that he is—via Kurt Vonnegut—rococo argle-bargle.