Just another cube in a red jumpsuit.

Stocking up on Surge soda now for the corona pandemic resurgence in the fall...

any masto instance w more than 2000 users should be split up. trust busting

None of them prevented his murder or did anything to prevent similar future murders.

so what is voting supposed to do about police violence? is his republican governor the reason he died, and the political failure that killed Freddie Gray the fact that Democrats didn't capture that single position? 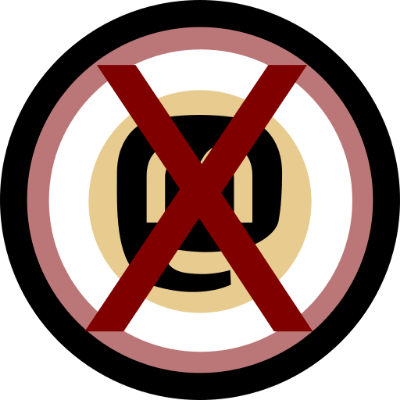 Wow, you can have a _complete_ set of digital computing devices for less than $500 USD with @PINE64 stuff.

They're all designed with FOSS in mind and schematics are provided. That's awesome.

Looks like I won't have to spend much time making sure Jacob Frye isn't reelected Minneapolis mayor. Oh well, that was going to be a fun summer project... Hmm... I wonder what the process is to have a special election and remove him from office...

Sarah Grossman, a 22yo woman that just graduated from OSU, died from tear gas exposure this week in Columbus while protesting. It was originally going around that she had asthma but that apparently wasn't the case - her death was entirely from tear gas exposure, not any pre-existing condition (tho even if she did have asthma her death would still be on the cops).

Sarah was murdered for showing up to fight fascism and racism, and I hope we never forget that. Abolish the police. ACAB. Send every cop to either The Hague or the sun, no compromises.

@dch @aral even if you don’t think it’s a privacy problem, it is a problem that contact tracing apps 1. can’t logically work if you know even the first thing about the technology involved and basic statistics. 2. don’t work based on the evidence from countries that have tried. 3. are promoted under the dangerously false pretence that they somehow protect you from getting infected like a digital talisman or, as the Australian PM called it “sunscreen”.

"My problem with contact tracing apps is that they have absolutely no value," Bruce Schneier, a privacy expert and fellow at the Berkman Klein Center for Internet & Society at Harvard University, told BuzzFeed News. "I'm not even talking about the privacy concerns, I mean the efficacy. Does anybody think this will do something useful? ... This is just something governments want to do for the hell of it. To me, it's just techies doing techie things because they don't know what else to do."

The same nerds that are buying the new Fallout 76 expansion are the ones that camp out days ahead of time in full Jedi garb for Star Wars opening night and have bought every Marvell movie on Blu Ray.

APOCALYPSE KNOCKS BUT ONCE!

Unless nobody is home... no worries, they'll probably try you back in a day or two at best.

This will be a an even more hilarious election than the last one. Joe Biden, unable to string two words together to save his life, wile Trump makes fun of his dementia the whole time. Incredible... LOL!

SSH is a spiritual experience

If you're being financially impacted by COVID-19, start a document right now and outline every way in which you've been impacted.

There will likely be some aid made available to folks in need, but under capitalism, you have to account for every penny before they'll give you a cent.

Better to start that now than scramble to put it together later.

Just another cube in a red jumpsuit.