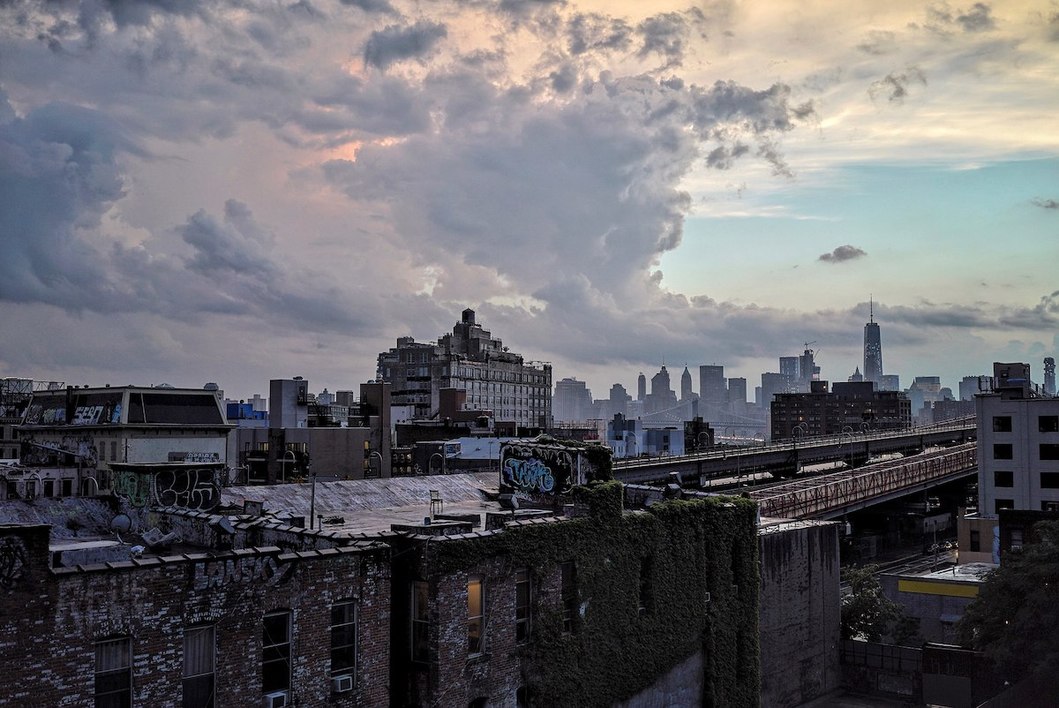 I am a dishwasher, cleaner, lavatory attendant. Late at night, when the restaurant crew has left, the latrine faerie and I sing dirty duets.

John Naughton, "'The goal is to automate us': welcome to the age of surveillance capitalism" https://www.theguardian.com/technology/2019/jan/20/shoshana-zuboff-age-of-surveillance-capitalism-google-facebook

[The asymmetry of informational content (high-quality behind paywall & substandard for "free") is part of the "asymmetry of knowledge" that "translates into asymmetries of power". In that dynamic, the "free" informational services don't emancipate users & foster democracy, but stiften & exacerbate the undemocratic divide. #wikipedia becomes part of the problem, not the solution.]

The easiest way to make your own mask without sewing, just a piece of fabric and two rubber bands: https://www.youtube.com/watch?v=tPx1yqvJgf4

What the U.S. Surgeon General doesn't tell (moron!) :
1. Wash your hands after removing the mask.
2. After each use wash the mask (washing machine or boil it for 5 minutes in a pot of water on the stove). Then dry it. 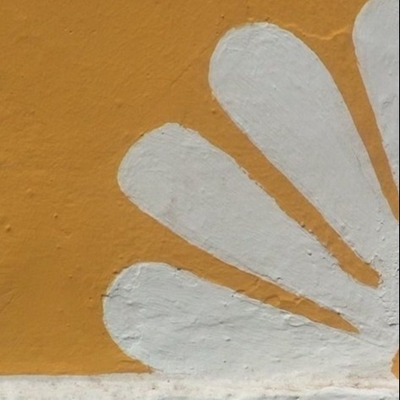 simsa03   @simsa03@pleroma.site
There is in fact one who comes close. It's the Roman god Sterculius, and he is less the god of faeces but of manure and muck, thus of the feaeces not of humans but of animals.

And herein lies a strange twist. Manure is what is fertilizing the soil, for corn, vegetables, fruits to grow. It's not mixed with water, you don't use it in pisciculture. (Although you mix the manure of horse and cows to prevent both from infectious diseases.) The faeces of the animals provide nourishment for the nourishment of the humans.

Strangely too, in ancient Rome Sterculius had a son, Picus, who was a king and a gifted prophet, with the shape of an aninmal. Later this parenthood was denied, Sterculius was removed from his ancestry and Saturn declared to be his father.

Saturn was the god of sowing and seed, who taught the humans agriculture and other peaceful arts, ruling in a golden age in Latium.

The Romans identified Saturn with the Greek god Cronus (Kronos), connected to agriculture again. His father was Uranos (Heaven), his mother Gaia (Earth). On advice of his mother he castrated Uranos with a harpē, a curved sword, thus sepating heaven and earth. (The earth wanted to be separated from heaven, to be on or in her own.)

« Saturn’s cult partner was the obscure goddess Lua, whose name is connected with lues (plague or destruction), but he was also associated with Ops, another obscure goddess (perhaps the goddess of abundance), the cult partner of Consus, probably a god of grain storage. » @britannica.com/topic/Saturn-god

Via Picus, Sterculius stays present in the shape of Saturn, like an underbelly. Sterculius himself is present in the Pantheon as the god of fertilizer, but in the shape of Staturn he is far more respectable as the god of agriculture. But still, via Saturn's cult partner Lua (a goddess to whom soldiers offered captured weapons) and Saturn's "association" with Ops who is the cult partner of Consus, in the guise of respectability, beauty, and cleanness the deeper level of faeces, of plagues, remains.

Interestingly, neither Britannica nor other encyclopaedias have an entry on Sterculius. He has even been cleansed from our current elysium of knowledge, made invisible and neglected. And now his time has come. With people hording toilet paper. And rightly so. Because Sterculius, in the guise of Saturn, is the father not just of Picus, but in the identification with Cronos the father of Zeus. He's the almighty god (titan rather), only killed by Zeus who became the chief deitiy in the Greek pantheon, the god of the skies.

But still, Sterculius is the god of animal faeces, of manure and muck, not of human faeces. So in honoring Sterculius we worship the dirt of the animals, not ours.

That is what we're missing when we search for toilet paper. What we worship when we stand in line for a ration of it. When we indulge in it. Because the plague and the toilet paper, the manure of the animals which is the weaponry conquered by us, are one and the same.
Show thread
1
simsa02 boosted
Mar 26, 2020, 17:29 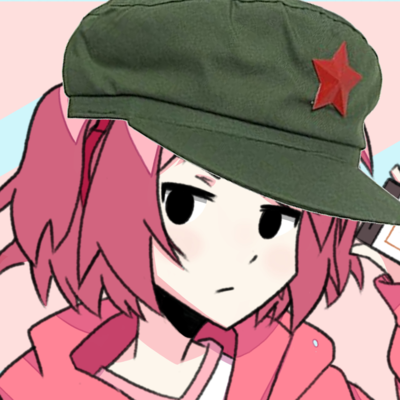 Today the "Museum of Outdated & Neglected Dictionaries & Encyclopaedias" received its latest purchase: The "Dictionary of the Middle Ages" (10 vols., 1980-1999, in German), a splendid encyclopaedia on the Christian, Byzantine, Jewish, Arabic, Irish and Scandinavian Middle Ages. Yay!! 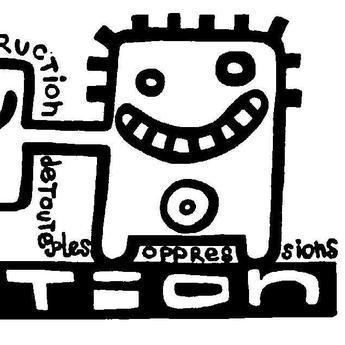 A group of families can, of their own accord, form a #Banjar (neighborhood), which the Indonesian state was forced to recognize as the smallest administrative unit on the island. Banjar is both a village council, a tax authority and a law enforcement agency. Balinese systematically ignore federal laws, while #Pecalang (members of Banjar delegated to law enforcement) monitor local common law. The federal police on the island are also present, and mainly do tourist drug scumming. The island has 4 million natives, 15 million tourists a year, but the homicide rate is dramatically low, 1 kill per year. In the hot areas of #Denpasar, criminals could snatch a phone or steal a helmet from a parked bike, but locals claims that this criminals are incomers. There is practically no such kind of crime as car theft.

Finally. England and Australia are currently interested in studying the Balinese security system, particularly related to the role of the Balinese Pecalang. This follows a formal request from the representatives of the United Kingdom and Australia to the Bali branch of the Kesbangpolinmas (Public Protection Agency) to provide information on the 'security system' in Bali and how it could be studied. The two governments are now planning to send representatives to Bali to study the Balinese security system first hand. Head of Bali Kesbangpolinmas, Gede Jaya Suartama stated that in terms of security technology, the UK and Australia are very advanced, but these developed countries are keen to build a community-based security system like the one in Bali to promote community awareness.

While many read and talk about sustainibility, systems thinking, participatory planning, etc., I'm about to read this:

simsa03   @simsa03@pleroma.site
#Hartz4 #HartzIV
Germany's Federal Constitutional Court issued a verdict on the constitutionality of the Hartz 4 penalties when unemployed don't comply with their duty to cooperate. All media hail the verdict as limiting sanctions to 30% of the subsistence minimum (currently 424 € plus rent for a single person household), thereby prohibiting further sanctions of 60% or 100% as have been possible in the past.

First of all, the harsher penalties are still available, the authorities at the Job Centres just need to show their usefulness to create compliance. So 60% and 100% are still available. (Resulting from basing the verdict on Article 20 of the Constitution ("social state requirement") instead of Article 1 ("sanctity of a person's dignity")

But most of the penalties have always been on the scale of 10% to 30%, the harsher ones have been rarely applied (depending on the Job Centres). These options are simply not that relevant in daily practice. Furthermore, it has always been at the discretion of the case managers what penalties, if at all, to apply.

So nothing changes for the unemployed, only the resistance against this system has been impeded.

What, then, is this verdict about? It codifies the current practice of penalties. The unemployed won't gain from it. So who benefits?

The answer is surprisingly simple: In psychiatric wards patients often receive tranquilizers as treatment, not to help them but to support the staff to get their work done under less pressure.

Apply this to employees and case managers of the Job Centres.

Most case managers don't want to apply such draconian measures, that's why they try to presuade people to *not* make them responsible for doing so. (That's the source of much hate on the side of Job Cenntre employees towards their "clients").

With the Court's verdict this pressure is now eased on the case mangers. They are relieved from the need to apply *cascading* penalties; they can still hurt clients and enforce their compliance; and, most importantly, they now have a juridical justification (and vindication) that it is permissnle to apply painful penalties onto their "clients".

It's a rich man's verdict.

Expect more, not less penalties in the future as the moral conflicts of each case manager have been given a permission to be put aside.
0
Nov 05, 2019, 13:54

Christine Schmidt, "Meet The Salt Lake Tribune, 501(c)(3): The IRS has granted nonprofit status to a daily newspaper for the first time" https://www.niemanlab.org/2019/11/meet-the-salt-lake-tribune-501c3-the-irs-has-granted-nonprofit-status-to-a-daily-newspaper-for-the-first-time/

[Interesting that Visa, Mastercard, ebay, PayPal are pulling out of Libra. Will the chinese Alipay and WeChat Pay get on board instead?]

As my flat gets too small to house the "Museum of Outdated & Neglected Dictionaries & Encyclopaedias" I started putting book shelves on transport rolls so that I can push them aside when needed.

It took me a while, but now ... The Encyclopaedia Britannica (32 vols, 2005) made it as latest acquisiton of the "Museum of Outdated & Neglected Dictioanries & Encyclopaedias". Near perfect condition! The price has been ridiculously low, which is sad and great at once.

Hurray! The new exhibit of the "Museum of Outdated & Neglected Dictionaries & Encyclopaedias" has arrived: "McGraw-Hill Encyclopedia of Science & Technology" (11th ed., 2012, 20 vols). (I had been looking for it for quite some time, got it second-hand)

Dan Goldberg, " ‘The nightmare everyone is worried about’: HIV cases tied to opioids spike in West Virginia county" https://www.politico.com/story/2019/09/02/hiv-opiods-cabell-west-virginia-1668389

[And obviously Purdue Pharma and the Sackler familky won't be held accountable for this indirect impact of their pushing doctors to over-prescribe OxyContin.]

I am a dishwasher, cleaner, lavatory attendant. Late at night, when the restaurant crew has left, the latrine faerie and I sing dirty duets.