Neo-orthodox Protestant, vaguely ultra-left, FOSS advocate. I use this account to draft ideas for future essays. Blog is linked below.

Do you want to help grow the Fediverse? To foster an ecosystem of free-cuilture? This video presents a plan on how:

Is it just me or is Spy X Family really boring?

I've gone ahead and started posting my (fediverse-related) video scripts to the Copyleft Curator blog:

There's something to be said about how much mass media focuses on alienation/the meaninglessness of life as a problem but always keeps coming back to romantic love as the solution. 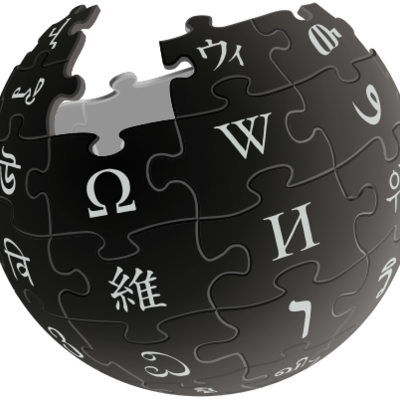 "Simultaneous “men’s rights” demonstrators arrived as counter-protestors, stating that more men died than women due to military service, this was epitomized by the 'pink elephant incident', where a man wearing a pink elephant body suit argued against 'reverse sexism', stating that the Disney movie Zootopia was a movie about reverse sexism."

Hoping to do my next video on issues with instance design in the Fediverse. This whole Elon situation might have to be addressed dirst tho

Dropped a new video, this one was a review of a book by Peter Enns within the context of a larger discussion on the modern church.

Apparently they're making a followup, I seriously hope they don't get too caught up pandering to the fans on this one. Although given its reception, I wouldn't blame them.

But the weirdness and the highly personal nature of it is what made it interesting to me, even if it was flawed. As someone who wasn't too into the first few chapters, I think if it met expectations on that front, I would've quickly stopped thinking about it.

It seems like something the devs had a lot of fun making, and I do wish I got more of a window into that fun. But at the same time, I think people are trashing the game way too much for not meeting their expectations.

Just finished @backbonegame@twitter.com. On one hand, the tone-shift feels very jarring, on the other hand, it caught my interest again. I watched some of the interviews and reviews, and it's really interesting seeing how as one person put it, it's a case of product versus art.

Found this tier list of Pyro counters I made three years back, can't testify to how accurate it is but it seems worth archiving.

Currently have two scripts in the works, going to be interesting to see which one releases next.

My next video was originally going to be on the Steam Deck, but I scrapped the script after this most recent update addressed what I was going to talk about.

IDC about the Lutris drama, but Bottles actually looks surprisingly promising. A lot of effort seems to have gone into making the presentation as accessible as possible; this is something I feel I could direct a complete newbie to.

I hope this continues to be a trend for FOSS.

When we shift to this public perspective, we begin to get a better understanding of how the issues women face are not just due to bad individuals, but also systematic. And as a result, it forces us to re-examine how we approach the issue of manhood/womanhood.

The tension between the sexes extends to the workplace, to the streets, etc. Society cannot be reduced to a sum of isolated households, and when we consider how men and women should relate to each other, we need to take into account they do so in a public arena.

I think a big stumbling block for complementarianism is that it neglects the dynamics between men and women outside of the home. The discussions about gender roles and how the sexes relate is mostly either couched within the context of marriage or family.

Finished watching Ranking of Kings. Overall the show was competently executed, so I don't have much in the way of specific complaints. That is except for the fact that it went on for twice as long as it had any right to.

Props for Riot/Element/Vector/Matrix going through four different name iterations and somehow failing to make any of them remotely Googlable.

Neo-orthodox Protestant, vaguely ultra-left, FOSS advocate. I use this account to draft ideas for future essays. Blog is linked below.

fediversespotlight There is nothing here!