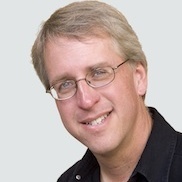 Out-Of-Office (European)
I’m away camping for the summer. Please email back in September.

Out-Of-Office (American)
I have left the office for two hours to undergo kidney surgery, but you can reach me on my cell any time.

Watching Lukashenko trip over himself praising Putin’s health and mental stability, I swear I can hear Swan Lake playing in the background.

It’s pretty fucking amazing to see the, “we’ll never negotiate with terrorists,” hard asses instantly morph into the, “We should give Mr. Putin everything he wants,” beard strokers.

This is basically a meme version of my toot from a couple of days ago. (shamelessly stolen from the bird site).

Uh, thanks Apple but I'm pretty sure I don't need this notification on my iMac, on my desk, in my house.

in 1993, the National Gallery of Canada bought a Mark Rothko painting for $1.9 million (CAD). Don Blenkarn, a Conservative Member of Parliament, called it “disgusting” and “absolutely crazy” and said, “I don’t know what the hell’s wrong with these jerks”.

Today, that painting is worth close to $100 Million.

Not really how I was expecting this nuclear reactor to end up, tbh.

Cause and Effect, Gas Prices Edition

A nation that insists on buying bigger and bigger vehicles really should stfu about rising gas prices. Especially when oil prices are rising due to the actions of an oil-financed, shithead tyrant.

Don't let anyone try to tell you that this peckerwood is playing 11D chess.

Even before the Alexandrian age, ancient Greeks had sentiments of an ideal pastoral life that they had already lost.

In the late 19th century, city dwellers were worried that the unnatural pace of life brought on by railroads and telegraphs had given rise to a new disease, "neurasthenia".

Archaeologists have discovered Sumerian cuneiform tablets which complain that family life isn't what it used to be.

As I was saying…

Looks like Hamburg just got a new ferry for the Elbe.

Here’s one such incident:
https://youtu.be/L6F2AqzdXuI

Amazing that Russian military troops, during an invasion, show greater restraint than American “to serve and protect” police.

There’s an interesting sidebar here too about how there have been several incidents of police in the USA running over demonstrators. What does that say about how those police think about the people they have sworn to protect? The people who pay their salaries through taxes? What is there to say about a police force that thinks less of the public it represents than an invading army thinks of the people trying to stop it? America? You should answer there questions. #usa #police #policebrutality

Interesting little tidbit of info if you were going to protest Putin's invasion of the Ukraine, say, at a Russian embassy or consulate. Bring a portable speaker and play Swan Lake.

For Russians, whenever Swan Lake made a surprise showing on state TV, that was usually a sign that something strange was up in Moscow. Eventually, Russians just associated it with a regime change.

Just learned that North America has native bamboos. Apparently, canes are bamboos, which is something I hadn't realized before but seems pretty obvious in hindsight.

Canes used to form vast, dense thickets called canebrakes in the US Southeast. In my state of Alabama, they were a prominent fixture of the landscape, covering hundreds of thousands of acres. Cane was very important to the indigenous peoples who lived here and used it for innumerable purposes.

European colonization caused the total demise of nearly all of the canebrakes save for some small localized survivors. Much of the land was "repurposed," i.e. cleared to make way for commodity crops, like cotton.

Tho I knew about canebrakes before, I hadn't realized the extent to which they had been destroyed. It's just one more way in which modern America is a radically different place from pre-Columbian America.

So much has been lost. Let's protect what we have left.

Swiss Government & Politicians hiding behind the label „Neutrality“ is shameful. 80% of Russian commodity trade is done via Swiss shell companies. A third of Russian Oligarch assets seem to be parked on Swiss Banks. There is a moral obligation of Switzerland to at the very least ensure it will not be used as a way to bypass sanctions. At the core it is in out own self interest to show solidarity and fully participate in the sanctions.

If you are siding with Russia's government during this conflict, please block me.

A really great thread by Cory Doctorow about Facebook, what a scummy company it is and why it's about to eat a shit sandwich that is *entirely* of its own making. https://mastodon.social/web/@pluralistic@mamot.fr/107811181377983218