the debate to end all debates:

"Oops, did we completely forget to protect your privacy yet again? You've sued us for ... how many billions of dollars? Let me just generate a couple Libra coins for you.... Oh, and here's a couple more for last year's taxes, while I'm at it..."

another visit from that huge stork this morning

look what the stork dropped off this morning!

It's 2019, but apparently email is too complicated for Verizon to figure out: https://twoerner.blogspot.com/2019/06/verizon-struggles-to-understand-how.html

Edward Snowden visits (virtually) Dalhousie University to give a talk and field some questions.

"If 'Tested-by:' is set to yourself, it will be removed. No one will believe you."

this kickstarter is approaching $180,000USD for someone to write a book about computer vision with python on an rpi???!

some backers are pledging hundreds of dollars for an eBook + uSD image of raspbian + some extras?!

For $1,725USD you can get the eBook he's writing, a uSD card, hard copies of his 2 previous books, and instant access to his on-line "guru" course.

None of the bundles comes with a Pi, or camera.

"Due to The Linux Foundation inclusivity policy, no all male panels will be accepted." 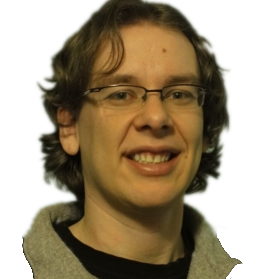 The full extent of the MIPS Open program was announced yesterday, so I had a closer look.

They finally stopped calling it "Open Source", and instead use the term "Open use" now, which basically seems to mean "royalty-free, as the license is not particularly open and appears to prohibit making copyleft CPU cores.

Everything that was released for download on mipsopen.com now seems to have been available for a while without the click-through EULA.

The components are all for different and partly incompatible revisions of the architecture: the ISA license is for MIPSr6, the MicroAptiv core is MIPSr3, and the GNU toolchain binaries they distribute target MIPSr2.

I suppose their competitors have nothing to fear from this.

Anybody else out there in the federverse running a node we can relay to/from here at nojack.easydns.ca?

What I'm curious to know is, when I go through my gmail spam folder and mark all the TI emails as "Not Spam", does that do anything for anyone other than myself? Is there a remote chance that if enough people mark an email as "Not Spam" that same email in other peoples' folders will also be marked as "not spam"?

Just realised that two days ago was 15th anniversary of my first change to OpenEmbedded.

RT @danheld@twitter.com
The game “Monopoly” sold for $2 in 1935. In the box, you get monopoly money.

That original stack of monopoly money from 1935 is worth $50 as a collectors item.

So after decades of research, and billions in funding, the solution was to wait around until enough people were infected that we eventually stumbled onto someone with a natural immunity?