John McAfee was a fraudster, a rapist, and a murderer. Eulogizing him with weasel words like "quirky" and "eccentric" is to dishonor his victims

Just backed this and encourage others to do so too if they care about gaming on Linux https://github.com/sponsors/flibitijibibo?sc=t&sp=volt4ire

Pretty much all of my sponsor time this year has been spent on Wayland support, including SDL patches, EGL extension proposals, Wayland protocol testing and proposals, the list goes on... so if you're invested in this as well: https://github.com/sponsors/flibitijibibo

it looks like the Working Families Party did something good for once: https://newrepublic.com/article/162788/india-walton-buffalo-socialist-mayor

I'm so proud of my second hometown!!

I was confused that I enabled 2FA on my PyPI account but it does not demands 2FA when I uploaded a package on PyPi.
I just found it is a spec. Hmmmmmm.
https://pypi.org/help/#twofa 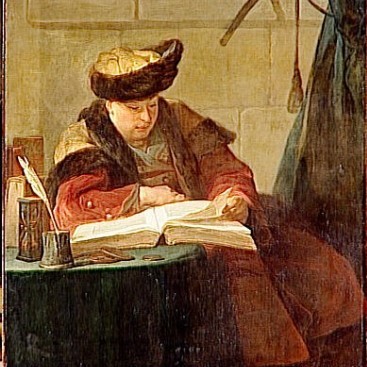 Unbelievable. Alito actually embraced this reckless theory that everything containing the word "shall" is subject to litigation by anyone, is not #precatory.

I wonder if he'll change mind when someone sues the President for that Thanksgiving Day proclamation.

Feel free to copy off me

Sweet Debian is switching away from using GPG for apt repository signing to something more secure https://wiki.debian.org/Teams/Apt/Spec/AptSign

Oh no did Jeff Bezos bet that the price did Bitcoin would reach $1million by 2020 too? https://www.nytimes.com/2021/06/18/style/bezos-mona-lisa-change-petition.html

This person has clearly never met an Arch user

A relatively minor but underrated instance of "George Lucas egregiously tinkering with his back catalogue" is this 90s Indiana Jones vhs box set which boldly tries to reframe one of cinema's most legendary trilogies as an equal-statured postscript to that dorky "Young Indy" show.

@volt4ire At my last workplace they ran a lot of different stacks. For Java they used maven and a well-maintained bom with an open-source parent bom that easily let them see the state of all dependencies used across the org, compare to known vulns, and push out org-wide updates for security patches.

For JavaScript/NodeJS they literally gave up on patching anything.

I'm not convinced that Software Bills of Material are the "one neat trick for solving supply chain vulns" they're hyped as, but they're a pretty good place to start